The Changing Face of Publishing 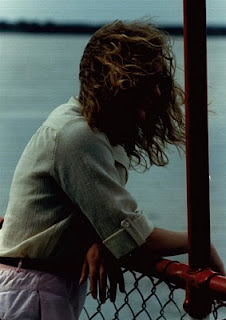 Lots of good news and plenty to watch in the world of publishing. With Borders and other bookstores struggling, we may be seeing a shift away from the brick-and-mortar stores to streams of electrons rather like the music revolution where record stores all but disappeared in favor of downloading MP3s. At least that’s the speculation, but how true is it? Really?

It’s not entirely true for music, so I doubt it’s entirely true that within five years or so, paperback books will be a thing of the past.

Here’s the thing: there are still CDs being produced and sold. There’s an entire aisle of them in my local Wal-Mart, for example. Not everyone who is interested in music has a computer and access to the Internet. Wow. Did you realize that a significant portion of the people in the United States don’t have computers or access to the Internet? I’m not making this up. It’s true. Yes, some of them go into places like libraries to use the computers there, but still…

Music CDs still exist, although many folks seem to forget this.

And while the music stores are mostly gone, CDs are sold through other outlets. And I have every confidence that books, following the same trends, will move along similar lines. We may see the demise of the dedicated bookstore, I seriously doubt all printed books will disappear within the next five years (or so). I have every confidence that paperbacks, like CDs, will continue to be sold in outlets like Wal-Mart and Target. There will be significant portions of the population who don’t have e-readers or any kind and chose not to read books on their smartphone. They may not have computers, either.
Not every person who reads owns a computer or wishes to read a book in electronic form, just like enough people prefer to buy CDs and play them on their CD player.


So while I read Konrath’s blog about e-publishing, I have a difference in opinion in some of the details. For example, I think he’s downright crazy to tell a fellow author to decline a 200K traditional book contract in favor of self-publishing. That’s just crazy. You never, ever turn down a 200K “sure thing” that includes a substantial advance. It’s always better to get a large chunk of money in one lump sum than drips and drabs spread out over time, because of interest. Even if you earn 1%, you’ll have more at the end of one year with a large chunk + interest, than you will getting a small trickle.


And after all, he forgets that Mr. Big Author who gets the 200K traditional contract can then be published, get the name/acclaim, and eventually get his rights back if he wishes and self-publish that same work, in essence, double-dipping.

So I don’t think self-publishing is the only answer from here on out. And since this is a topic which interests me, I’ll be writing a few more blogs about the publishing industry and self-publishing.
Now…for my news.

The Vital Principle – a historical mystery that takes place in the early years of the 19th century is out! An inquiry agent is hired to expose a spiritualist as a fraud, only to be enmeshed in his employer’s murder. I’ve already gotten one terrific review, and it’s sold more in its first week than some of my other small press books have sold in several months. That’s always encouraging.

Right now, it’s only sale for $.99 as a “special introductory price”. Like Konrath, I’m exploring what prices are appropriate for novels. We’ll see how it all turns out over the next few months.


Wacked! – This cozy mystery has gone through the first series of edits with my wonderful editor at Five Star/Gale and now I’m eagerly awaiting news about the cover. I’m dying to see what they come up with. The heroine is an overworked computer specialist (like me) who stumbles into a murder investigation. Thanks to this contract, I was able to join Mystery Writers of America! I’m thrilled and it’s just in time for the Malice Domestic conference. I’m hoping to attend this yearly conference on a regular basis as it lets me visit the area where I grew up.


A Fall of Silver – The Wild Rose Press accepted my second paranormal romance! I love my editor, so I’m very, very happy about this. For those who read my first paranormal, Vampire Protector, you may remember a secondary character named Quicksilver. This book is her story. It is much darker, edgier and sexier than any of my other books, so I’m a little nervous about it. But sometimes, my dark side just demands to be heard.


Next on my roster is another mystery set in the 19th century. I’m working on the second round of edits. I’m calling it A Rose Before Dying, at least for now. We’ll see if that turns out to be the final title or not.

Amy, I agree. I am published with an e-publisher who also puts them out in print. As a reader I have a Nook but still a huge pile of paperbacks and still buying more as well as e-books.

And, I can't see myself turning down a book deal for 200k in tradition publishing.

I wouldn't turn down a deal like that either. I'm not sure who Konrath was advising, but I hope whoever it is thought long & hard about it. While e-publishing it great, you're a fool to turn down a large chunk of money in favor of a smaller stream of money because there's no predicting that stream and it could be significantly less.
And as I mentioned, financial folks always tell you to take the large chunk instead of a stream of money because of the miracle of compounding interest. Even in these difficult days of low interest rates, you're still better off that way...
Just my opinion, of course. LOL
Having never seen a large chunk of change in my life.

Since Konrath is doing very well, making beaucoup bucks, he thinks everyone else is also. Good for him. Too bad for the rest of us. With multiple books published, I have yet to make anything resembling a profit, since I spend money promoting me stuff. I've got a book up as a free download also...don't know if it has helped at all. I wish I could sit on a pile of money and advise all of the "little people" how to get rich like me...

I know--it's frustrating, isn't it? I have five books out and all I'm trying to do is make enough money to cover the costs of promoting them. LOL

I'm doing a bit of an experiment at the moment with Indie publishing and we'll see if it's price alone that makes the difference. So far, it does seem that e-books priced above $2.99 don't stand much of a chance (i.e. those put out by small publishers) unless the author is very well known or has mercilessly promoted herself. Although I've mercilessly promoted myself and sold maybe 1 book. LOL

We live in interesting times.

Hi Amy, I think you're right about Walmart or Target continuing to carry books, but doubt it is sufficient.

A bookstore can carry thousands of titles; Walmart or Target will carry dozens of titles. And, they'll only carry what is mass-produced and ordered by their corporate machine. If you're not on the bestseller list, you'll be out of luck.

In addition, the sales of music at Walmart or Target by no means makes up for the huge "loss" in sales of physical CDs that used to occur in record stores. Yep, you can still get them, but the price is higher than it used to be, thus encouraging more and more people to buy cheaper downloads. Plus, even in Walmart, the space is shrinking -- in some stores, they used to have 10-12 bays of music (2-3 make up a row)...most stores are down to 3-5 bays only, not including the ones they buy for release day or as loss leaders / discounts.

Regardless, though, I agree that books aren't going anywhere soon. Probably not for at least another 15 years. But once the millenials grow up digital and have no problem with technology interfaces "interfering" with their reading pleasure, the true revolution will begin. Fortunately for the paperphiles, the technology isn't "there" yet for the rest of us...