If you're like me, you have a wide range of books you like to read and crime thrillers are on the top of my list. I'm particularly glad to have Lise McClendon here today as she's recently released a new thriller, Jump Cut, under her persona of Rory Tate. In the interview below, Lise gives us a fascinating glimpse into her creative process. 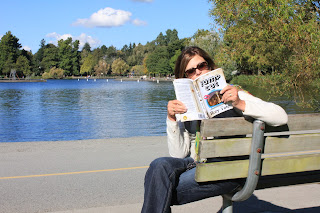 Lise McClendon
Why did you decide to write?
I decided to write because I love to read, and I wanted to tell stories. Now that I’ve been writing for twenty-five years, seriously, I have been become fairly intolerant of forms that don’t actually tell a story, that don’t have a beginning, a middle, and an end. They can be long, short, or in between, but if there’s just a little scene or vignette, a humorous slice of life, I start to twitch. I need narrative. I breathe it. I was a film reviewer and love movies too. I am somewhat more tolerant of a film without a distinct plot, like Ingmar Bergman, say, but still I like a well-rounded tale, the denser and more complicated the better.

Do you have a favorite theme or message for your readers?
I used to harp on theme to students and critique group members -- a lot. Man v. nature, man v. man, all that. But after writing for so long I have found out what my overarching theme is, in every book. Kinda strange to just figure it out after all these years, isn’t it? But all my novels are about connection, about the bonds of family and what they mean to each of us, about the disparate ways we can hurt each other, and love each other. And laugh at each other! Don’t forget that one. I never set out to have a “message.” Hey, use Western Union, right? But in looking back, the relationship theme, the weirdness that can be family, the drama, the turmoil: all is a recurring constant, sometimes just an underlying rumble, in my books.

How do you approach a new book? Outlines? Just an idea?
I am, sadly, an intuitive writer. Tony Hillerman always said he wouldn’t take an advance without writing the book because he never knew if he could do it again. He wasn’t an outliner either. I get an idea, or half an idea, and try to see if it will work as a novel length idea. (A short story idea is easier, because it’s more of a one-note.) I’ll get an idea that might work for a novel and fill a spiral notebook with ramblings, then fill a computer journal of more ramblings and copied-and-pasted-in research. This can take months and much of it is ultimately useless. But I don’t have a very ordered mind. I approach writing as someone who needs focus. Writing actually gives me that, a purpose, and grounds me. Eventually I do work up an outline, a very squishy one. I’ve even done post-it notes and index cards in different colors! I’ll do anything to get organized. Sometimes I have to cut photos of my characters out of catalogs or magazines to get me started. I’m visual that way. 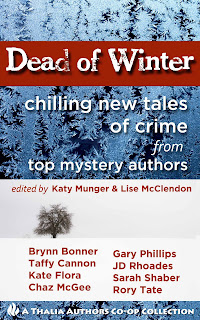 Sometimes a character springs full-blown from the imagination, but usually it takes some work to get not only the voice right -- the internal thinking, the view of the world, the mood -- but also the physical attributes, the background, and especially the name. Naming your character is so important. Work can mean writing and rewriting, or just thinking hard. In my latest manuscript I changed the main character’s job several times, making her less and less an expert. She ended up a policewoman, plain and simple, who just happened to be back from Iraq with PTSD and an expertise in bomb investigation. Which leads me to this question....

How much research do you do?
I could have made my character an ATFE agent with an expertise in explosives. I needed somebody to help at an explosion site in the first scene of the book. I even interviewed a very helpful federal agent. But in the end I wanted her grounded in her community, not popping in from the big city. And guess what, it would have been a lot more research to make her an expert. I love to research, don’t get me wrong, but it can overwhelm me, and scare me with so much information I can never find my way back to the story. Sometimes you just have to tell yourself, stop!

Who are your favorite authors? Have any authors inspired you or influenced your work?
One of my favorite authors is Alice Hoffman. She is so original, and writes such great characters. Her book, ‘Turtle Moon’ is everything a novel or a mystery should be. I wish I could write magic realism but apparently I am too literal! On my practical side I am a Jane Austen Jane-ite of long standing. In mystery fiction I love Jasper Fforde’s crazy vision and James Lee Burke’s lyrical writing. They all inspire me.

What makes a great book in your opinion?
A great book transports you into someone else’s life and makes you feel what it would be like to be that person. So a living, breathing, full-bodied character (or three). Then, I was told years ago that every story needs a birth, a death, and a sacrifice. In crime fiction, deaths are not difficult. Births somewhat more so, if you take it literally. But a birth can be a new start, a reckoning, a sea change in perception. Keeping in mind the need for sacrifice in a story can give you focus while writing. Who can sacrifice, and what can they altruistically give up? Maybe that’s why we love that O. Henry story where each lover sacrifices their favorite thing for the other: double bonus. 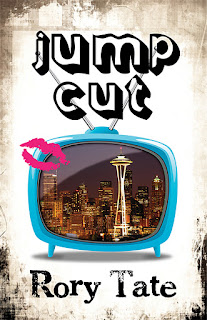 I see publishing fragmenting so that there really is no “publishing industry” per se. There are big publishing corporations some of whom also sell books directly, there are authors who publish with them or on their own, and there is everything in between. I started a small press a few years ago with my friend Katy Munger, to bring our backlist into print again. With the rise of digital books and readers we’ve gone that direction. My new novel, Jump Cut, is our third original title. We’ve also ganged up with other authors to create a group called Thalia Press Authors Co-op. We blog together and we just published our first short story anthology, Dead of Winter. There are so many opportunities these days. You have to stay sharp and don’t try to do everything. And don’t forget to actually write. That’s what it’s all about. I tell myself that daily.

Brief Bio
Lise McClendon’s new novel, Jump Cut, written as Rory Tate, is out from Thalia Press. A modern thriller, it follows a Seattle TV reporter and a narcotics detective searching for answers in the deaths of three prostitutes to redeem their reputations and save the city they love. She is co-editor of the new anthology of chilling crime stories, Dead of Winter. Her website is http://lisemcclendon.com/ and Rory Tate’s is http://rorytate.com/ where you can view a short video trailer about Jump Cut. Her suspense novel, Blackbird Fly, has just been released in audio from Iambik. She lives in the wilds of Montana where she has discovered she is a ‘bear magnet.’ Learn more about Lise on her blog, on Facebook and Twitter: @LiseMcClendon.

* * * * *
Funny note: I got a kick out of her being a "bear magnet." We're just a "weird magnet" here in North Carolina and our daily walk to the mailbox often has unexpected surprises. Once, there was a barracuda (yes, the fish) lying in the middle of the road. Another time, there was a cow trimming the weeds around the mailbox. Don't ask. All I can say is, it's a weird world out there.

Thanks for having me here, Amy! It was fun...
Lise