As most of my readers already know, I love humor, so I'm thrilled to have Pamela DuMond as a guest. She writes mysteries with a side of humor which are just my cup-o-tea, and her blog offers a taste of the fun in her books. A lot of writers (myself included) will wince as they read echoes of their own experiences in her path toward publication.

Stop The Presses!
Thanks Amy Corwin for letting me guest blog today. Looking for some fun reads? Check out Amy’s books here: http://tinyurl.com/4k5hvfx

And here’s the Book Trailer: http://www.youtube.com/watch?v=YdijpPkuzeU

I thought you might enjoy a peek into my novel writing process. Probably many of you reading Amy’s blog are working on your own novels.


Here’s how it went for me in, ‘Newspaper Headlines’.
Pamela DuMond Attempts Writing Non-Fiction Books!
The Book on Goddesses disappeared into the ethers never to be seen again. The Travel with Your Dog book ate my homework, chased my cat and then ran away from home.

Desperate to Save her Marriage, DuMond edits Husband’s Books!
Well this was a lame idea, but therapy didn’t work either. At least I got two editing credits for my efforts. 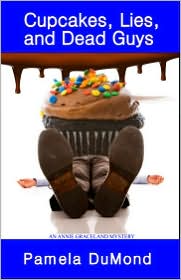 I was the chiropractor who thought Erin’s real life story would make a great movie. I introduced her to a producer at Jersey Films. You all know how that turned out.
DuMond Finally Published in Soul Moments edited by Phil Cousineau!
I submitted two articles about synchronicity. Officially published. Yay!

Screenplays Written by DuMond go Nowhere!
Once the Brockovich thing happened, I decided I was going to write some screenplays and go Hollywood. Spent heaps of money taking screenwriting classes at UCLA. Wrote a bunch of scripts ranging from pretty bad to somewhat okay. Realized this was a long slow road to Nowhere-ville.

Pamela DuMond Decides to Write a Novel!
I knew a woman who got a hot three book deal with a big publisher based on a really fun script and three chapters. Hmm. I wrote my first novel. A bunch of patient people read it and gave me multitudes of notes. I wrote about ten more drafts. Then sent out queries to agents and got enough rejections to wall paper my house. I edited my ms again as well as the query letter. And…

DuMond Scores Literary Agent at Very Reputable Agency!
Got the phone call from a newly minted young hungry agent at a top agency She was smart, loved the book and had plans. This was so exciting!

Zillions of Book Editors Reject DuMond’s manuscript!
Hey wait a minute. What do you mean the mystery editors passed? Hold on – Women’s Commercial Fiction editors didn’t like my novel either? Re-write it as more of a Romance? Sigh. Okay. Fine. I’d sex it up and we would re-submit to Romance Editors.

Agent Disappears from Agency and DuMond is Agent-Orphaned!
This could be a whole ’nother blog post right here. Suffice it to say, my agent was ix-nayed and because I hadn’t sold yet, I was ix-nayed as well. Bereft, nauseated, I decided to write a new novel. But first I called my writer buddy, Julie, to cry on her shoulder.

Mystery Novelist Julie Smith Dolcemaschio to the Rescue!
Julie called her editor at Krill Press. He was closed to submissions but said he’d take a peek at three chapters. Then he asked for the whole ms.

DuMond up to her Chubby Behind in Marketing Confusion!
The realization sets in that in order to sell a book, a newly minted author who No One Knows must find ways to market said book. Let the mayhem ensue. (Most of it good!)

While I continue to spread the word about Cupcakes, Lies, and Dead Guys, I’m finishing a draft of my next novel, a YA, as well as plotting the second in the Cupcakes series. And I’m hoping the next headline will be in my near future:

DuMond’s YA Nabs New Agent and Publishing Houses Go Wild!
Thanks all! Now go read a good book and tell someone you love about it.


Thank you so much! And good luck, though I doubt you'll need it! You may be the next Amanda Hocking!
Posted by Amy at 3:09 AM

A fine story! But look how it all worked out. Let the fun begin--no, wait! It already has!

Okay... I found an ebook publisher for my two books, right away, but who did the editing? Me. Who did the publicity? No one. Both titles languish on Amazon, unknown and unloved. I could have done that myself.
I have my third manuscript in the series out searching for an agent, but like most authors, hear a wall of silence. If I want to actually sll a book, I need to tap into the mainstream.

I know what you mean. Nothing is easy in the publishing business and sometimes, it seems like the biggest factor is simply luck.

My first book, published as an ebook back in 2007, sold maybe 100 copies. I spent a fortune on ads both in print/magazines and on the web.

So I know what you're going through. However, with persistence, you can grow your audience.
Good luck!