Please welcome author Olivia Kelly, who writes Regency romances and is a fellow North Carolina writer. I developed a fondness for Regency romances when I picked up my first Georgette Heyer novel at a used bookstore when I was in my teens. In fact, although I write mysteries, I set many of mine in the Regency period (the first two decades of the 19th century) simply because it was a time of so many changes that directly resulted in the "world as we know it, today."

So you can imagine that I'm thrilled to have Olivia Kelly join us and allow me to ask some fairly impertinant questions. 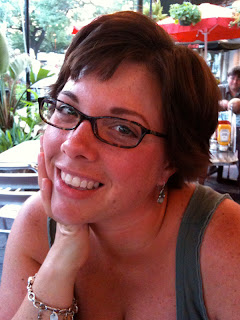 Olivia Kelly
Why did you decide to write? I have always been an avid reader, and as Toni Morrison has said “If there's a book that you want to read, but it hasn't been written yet, then you must write it.” I just felt that I had stories I wanted to get out, even if they never went any further than the page in front of me.

How much research do you do? I do research as I go, usually. It would probably be more efficient to get a list made and research before I write, but sometimes I feel as though I will lose my inspiration if I don’t get the story down on paper.

What’s your favorite method for researching? The internet! I write at home, usually late at night or during my three year old’s naptime, so trying to make trips to the library isn’t practical for me. I try to make sure that I can verify my facts with at least two or three sites before I commit to using it, though.

Do you have a favorite theme or message for your readers? No, not really. I think the best message is one that been said over and over. Write what you love to read. I don’t see how I could ever do anything else. I could never write just for the market, just for money. If I don’t want to read it, then why bother writing it?

When do you write/what is your writing day like? I write whenever I can snatch a few minutes. Sometimes I get lucky, and my mom takes my three year old for the morning, since she works part-time. But that usually only happens once every two weeks or so. I write at night after the kids go to bed, or when they are occupied with a puzzle or playing outside. That’s tough, though, because I have one ear and eye on them and one on my work, and I have to be ready to stop at a moment’s notice.

What is the best advice someone has given you about writing? The worst advice? The best advice came from Deb Marlowe, who writes for Harlequin Historical. She once told me to just write what I love and don’t worry so much about the “rules”. She said if the writing is good, it will find a home, and I have to believe that is true. I think there is room in the market for so many styles and genres of romance –I know I love to read a variety myself. The worst advice? Well, I know the toughest advice to take was well-meaning, but still made me bite my tongue. I have heard the phrase “….since we aren’t Nora, we can’t do this or that.” That phrase makes me nuts. I bet when Nora Roberts started out, someone once told her “You can’t do this” or “That doesn’t sell/They aren’t buying that”, and she did it anyway, because that’s just what she does. I think you have to be true to your voice, and not allow anyone to compromise it. I do think you should take advice, especially from your agent/editor, but you always should weigh it against your own personal truth.

How do you approach a new book? Outlines? Just an idea? Ha! Yeah, I’ll let you know when I have that one down. Well, it usually starts as an idea scribbled on whatever happens to be handy, like a napkin. I thought for a long time that I was a “pantser”, that I just wrote as I went. I’m finding out that I need more structure than that, or I tend to wander around the middle of the story and get lost. I’m still working on my outlining skills.

How do you develop your characters? Usually listening to a song! No, seriously, I think I’ve come up with the majority of my ideas when listening to the radio! As far as actually fleshing them out? I sit down at my laptop and write a background for them. But that background is changed and tweaked over the course of the story. It is always fluid, and can morph into some interesting surprises for me. Sometimes I think I know a character, and it turns out I was completely wrong about them.

Who are your favorite authors? Have any authors inspired you or influenced your work? Well, Nora Roberts was the first romance novelist that I read, and I’m very loyal to her. I adore Julia Quinn, Lisa Kleypas, Claudia Dain, Cherry Adair, Kieran Kramer, Sarah McLean, Sabrina Jeffries, Virginia Kantra, Stephanie Lauren and Sherry Thomas. Every one of these ladies has a very distinct style of writing, something that stamps their books with their own personal flavor. I get excited when I see a new novel from one of them, I just know I’m in for a treat!

What makes a great book in your opinion? I don’t know how to define that. I guess I would say that it draws you in, grabs you by the throat and doesn’t let go until the last page. I’m not saying it has to be action packed, but something needs to hook you, whether it is a high-speed race to save the planet or watching the intense emotional struggle of a couple trying to come to terms with each other and themselves.

If a reader took away one thing from your book(s), what would you like that to be? Love for the characters. I love them so much, I want everyone else to see what I see. I hope I can convey it on the page in the right way, so that people want to come back and re-read the story. I love re-reading novels, it’s like visiting with old friends and family.

Do you have any tips for aspiring authors? I’m so new that I’m still figuring things out myself, but I say write what you love and don’t give up. Find a network of support through friends and family, and join RWA, if you write romance. Romance Writers of America, and my local chapter, has been invaluable to me.

Where do you see yourself as an author in five years? Hopefully on a bookstore shelf!

Where do you see the publishing industry going in the next few years and where do you see yourself within this industry? I’m not going to touch that one! I’m way too new at this to make any predictions.

This is Olivia Kelly’s debut foray into the world of Regency Romance. Although always an artist at heart, Olivia actually graduated college with a culinary degree, intending to use her flair for creativity and her need to direct other people’s lives to become the dictator of the kitchen- a chef! Instead, she now cooks up ways to get her characters fascinated, frustrated and falling headlong into love. 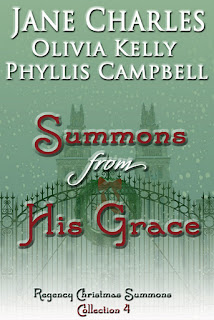 It Could Only Be You

Harry Connelly has crossed an ocean and pushed his half-healed, battle weary body to its limits to confront the man who ruined the life he should have had; his grandfather, the Duke of Danby. Wounded, Harry collapses in a small village’s church, and is nursed back to health by the beautiful vicar's daughter, Lily Beaumont. A man haunted by the demons of war, he should know better than to become involved with such an innocent but he cannot stay away from her. Harry's forced to make a decision. He can wield his decades old anger and bitterness against his grandfather, to compel him to acknowledge the damage he caused, and demand that the duke make amends. Or he can turn his back on the past, and create a future with the woman he is beginning to think he cannot live without.

I just want to say Good Morning, everyone -and thank you, Amy, for having me here!

Great interview! I agree with the point about staying true to your voice, and I liked your example of Nora being told at the beginning she can't do this or that. LOL

Your story sounds great, and I wish you much success with it. :)

Olivia, you and I are kindred spirits -- you really hit the nail on the head with all of your answers.

And your anthology story rocks! I loved it! :)

Thanks, Jerrica. I think it's hard to find your way, but once you do, it can be even harder to hold onto to it. I'm still learning the balance between taking advice and not letting others direct me the way THEY want to go. :)

I love, love, love Harry! All of the anthology stories are wonderful and I really feel as if Olivia is on the rise. I can't wait to see where this little road will take her. Great interview and I couldn't have said it better myself. Much luck to you, Olivia. You totally deserve it!

Oh, you are so sweet, Suzie! Thank you, I'm rather partial to him myself...but don't tell Lily, lol. I really enjoyed working with everyone and reading all the anthology stories. What a fun experience it's been. :)

And boy is it ever hard to write (at a decent time and without interruption) with little ones at home!

Congrats on your novel!

Loved the interview. Your cover is striking, and the blurb makes me want to find out more. Good luck!

Don't worry about finding just the right process. Mine changes all the time!

Marquita, you know then how thrilled I was that my husband took the boys out for half the days yesterday! Heaven.
Thank you, Nancy, if you read it, I hope you enjoy the novella. :)
Mari, I know! I'm just trying to roll with it, and see where it takes me. 'Cause I'm such a low-stress person, and all. Lol....

Nice interview-
I learned a lot about my favorite, local author. :)

Glad I could help, Olivia! I do think that every writer needs to find their own process! One person's rules do not fit everyone. I always say, There are as many ways to write a book as there are writers.

My copy of your novella is waiting for me on my Nook--my holiday treat! Can't wait to hear you read from it at Lady Jane's next week!

What a lot of lovely comments! I'm so glad to see you all here. Olivia's story does sound terrific--wonderful fare for the holiday season.

Happy Thanksgiving to you all and thank you, Olivia, for joining me. I had so much fun--you had a lot of very astute observations.