Mystery and Western writer Judy Alter joins us today to talk about book signings and finding a niche. I'm glad she was able to join us as she touches on two subjects that speak to the nostalgia of the season. My father loved westerns and mysteries and I inherited a good many of his books when he passed away. To my delight, I found after I married my wonderful husband, that his German mother also loved westerns and I felt privileged to share my father's books with her, too. Sharing books and finding new authors is one of the best ways to make a connection with others, so I hope Judy's blog helps you to connect with her and find a new, favorite author to share with your friends and family. 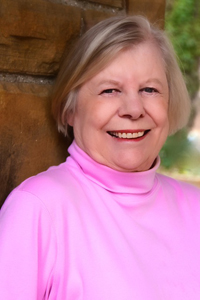 
I’ve been following the Facebook postings of western writer Steven Law. He apparently arranged to sign books at Hy-Vee grocery stores across the nation. For the last three days, he’s been at Hy-Vees in the Omaha area—he always tells what part of the store he’s in, such as next to vitamins, the produce, whatever—once, by good fortune, next to the ATM machine. His book is a traditional western, Yuma Gold, and I doubt HyVee is mentioned in it. But he’s somehow made great use of a connection and has done successful signings in an unconventional venue for books.

My new novel, Skeleton in a Dead Space, is definitely a neighborhood novel, one in which the Fort Worth historic neighborhood of Fairmount is a major character. Kelly O’Connell buys and sells real estate and renovates older houses, particularly Craftsman style, in Fairmount, and she is passionate about the neighborhood. So are the residents there today. 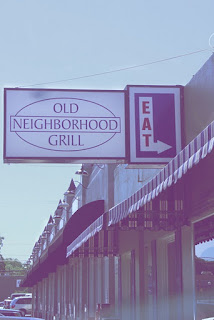 Fairmount was built mostly between 1910 and 1930. For years, it was a stable upper-middle class neighborhood. But in the latter part of the twentieth century residents began to move to the suburbs, to more fashionable neighborhoods and, probably in truth, to safer neighborhoods. Many houses became rental property, with larger ones broken into apartments and rooming houses. It was a neighborhood on the decline until maybe the 1990s when young professionals began to realize the advantages of a neighborhood so accessible to downtown and the hospital district. They moved in, renovated the older homes, and turned the neighborhood around. Today it is more remodeled homes than not, but there’s still an occasional dilapidated house that leans and needs paint and has a washing machine on the front porch. There’s a great esprit d’ corps among the residents, and so I’ve marketed directly to them.

My book signings have been in unconventional signing sites but places dear to Fairmount residents. I launched the book with two signings at The Old Neighborhood Grill, a popular café about a block beyond the actual boundary of the neighborhood but one many residents frequent. In two signings—early (7:00 a.m.) Saturday morning and 5:30 the following Monday evening, I sold almost 75 books. Sure, lots of people came because I’d sent out emails and Peter, the grill owner, had fliers. But several regular customers walked up and said they wanted to buy books for their wives.

Fairmount also houses a wonderful store called Old Home Supply—it’s got everything you could possible want to redo your older home or add character to a new structure—from doorknobs to French doors, plumbing fixtures, fire screens, you name it. I once bought a metal couch for my porch there. It features two running horses and a Texas star. So now, Old Home Supply has eight copies of my book, and I signed there the Saturday after Thanksgiving. For that signing and the one at the local Barnes & Noble, I made a sign that said “A mystery set in Fort Worth’s own Fairmount Historic District.”

Fairmount also has a book club, and I spoke to them, though it was a small group, and they talked as much about the neighborhood and its street repairs as they did my book. But it was a pleasant evening, and I bet the word spread. They eagerly asked if I’d come back to talk about the second book, and I assured them I would.

My point in all this is to suggest writers find the unique audience for each of their books and then look for alternative signing sites. My marketing in Fairmount has paid off wonderfully.

Check out my website— http://www.judyalter.com/ —for pictures of Kelly’s neighborhood and see why it’s a character in the book. 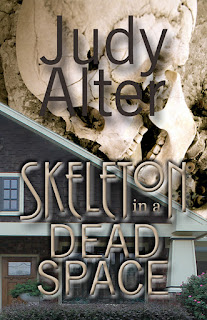 Judy Alter is the author of fiction and nonfiction for adults and young adults. Much of her career focused on women in the American West, and she is the recipient of Western Heritage (Wrangler) Awards from the National Cowboy Museum and Hall of Fame and Spur Awards from Western Writers of America She also was honored with the Owen Wister Award for Lifetime Achievement by WWA. But she always wanted to write mysteries, and Skeleton in a Dead Space, published by Turquoise Morning Press, is her first venture into cozy mysteries. At least two more Kelly O’Connell mysteries are scheduled.

Amy, in the '80s and '90s and maybe even today, fiction set in the American West was hugely popular in Germany. I had friends who went there to participate in seminars. Has y our mother-in-law read Elmer Kelton? If not, introduce her to The Time It Never Rained.

I lived in the Fairmount neighborhood in 1995 and I adored the Old Home Supply! So nice to hear the old names.

Hi!
Yes--I discovered how much Germans like Westerns after I got married. :)

Sadly, my mother-in-law passed away two years ago, but I did enjoy the sense of connection with her through my father's books. It was a wonderful gift.

Great post! Most of the time I've found that unconventional signings do much better than those at bookstores!
Heidi M. Thomas
http://www.heidimthomas.com