Nearing The End Of Week 1: NaNoWriMo

We're closing in on the weekend and the end of the first week of National Novel Writing Month, or more affectionately known as: NaNoWriMo. The Internet ether is churning with reports of NaNoWriMo wracking up thousands of words. It's exciting and astounding to watch.

How am I doing? Not too bad, although having to work overtime last night knocked me back by a thousand words from my goal. So far, I've got 6,300 words written. I need to write 50,000 by the end of November to step into the winners circle.

Will I make it? Yes.
At least, I think so. Assuming I don't have to work a lot more overtime like I did last night. The prospects don't look good, though. My hubby and I were looking at our respective schedules and November is a bad month all around. I'm holding the fort while he's gone, he's holding the fort while I'm gone and we're very, very busy.

In a number of ways, I wish they'd move NaNoWriMo to a month like January. We'd get one more day to reach 50,000 and what else are you going to do when you can't get out of the house because the door is frozen shut? Not to mention that you'd start out the new year right by writing a brand, spanking new book that you can maul and work over for the rest of the year.

But we have to work with what we've got. I'm a little worried about productivity tonight because I haven't quite decided which subplot to start working into the story. Since it's a mystery, there are several subplots which are my "red herring" threads. One is already started. I can't decide which of the other two I want to start weaving in now.

And no, I'm not going to describe them. LOL. If, by chance, I should manage to get this book published, I don't want even the slightest possibility of divulging any secrets ahead of time. Assuming that the red herrings aren't so blatent that within five minutes of hearing about the clues, you dismiss them.

Then there's characterization. That's more challenging. I need to give my characters challenges while not making them appear to be complete idiots. It's harder than it sounds.

Back to work and mulling over red herrings. After dinner tonight, I need to settle in and write at least 2,000 words. That's the goal. 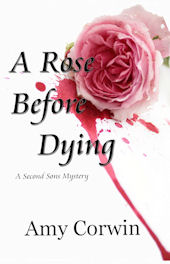 In the meantime, did I mention that A Rose Before Dying is on sale? Check it out at your favorite ebook store.

The first victim was Sir Edward’s ex-mistress, a woman who threw him over for a younger man. After receiving a mysterious rose, she dies while alone with Sir Edward. Then a second rose is delivered and a deadly game commences, where roses are the only clues to save the next victim.


However, Charles Vance, Earl of Castlemoor, refuses to believe his uncle, Sir Edward, could commit the murders, even when the renowned head of the Second Sons Inquiry Agency warns him there may be some truth behind the rumors. "The roses are Sir Edward’s attempt to cast suspicion elsewhere." "Misdirection." Or so the whispers say.


Convinced he can prove his uncle’s innocence, Vance enlists the aide of notable rosarian, Ariadne Wellfleet, little realizing his actions will involve the Wellfleet household in the killer’s game.


Before the week is out, another rose is delivered.


And someone else is missing. 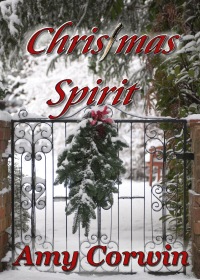 Christmas Spirit has also been released, the perfect holiday historical mystery novella to curl up with next to the fire.
Enjoy!
Posted by Amy at 10:55 AM

Sounds like you're doing great. I hope you make it all the way inspite of your challenges. And best wishes with your new book.

Amy, You're going very well so far, but if you really feel like January is the best month, you have Camp NaNoWriMo which is a site were you can do NaNoWriMo all year long. It's by the same people who do NaNoWriMo, so the experience should be similar.

Thanks for the tip, Ana. I'll have to look into that. It sounds like it may be a good way to keep the momentum going.