I met, virtually of course, Elizabeth as a fellow author published by The Wild Rose Press. Our publisher has done so much for us and many other authors struggling to have our voices heard. Elizabeth and I have so much in common, particularly when it comes to science, that I was very happy when she agreed to join us.

Do you ever find yourself wondering if the dark red stains on your significant others clothing could be the blood of a murder victim?


Hopefully you don’t. Ever.

But just for giggles let’s get into the Halloween spirit a little early and say that you did. How might you go about figuring it out in a timely manner? One that wouldn’t arouse their suspicion? 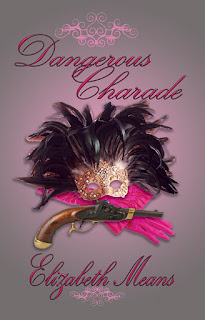 Give up? Well so did my main character – almost. Fortunately, during one of my novel-research-marathons I learned that German scientist Schönbein discovered the ability of hemoglobin to oxidize hydrogen peroxide and make it foam in 1863. This resulted in the first presumptive test for blood. A rudimentary and convenient test I was thrilled to be able to work into my storyline as it brought my main character one step closer to finding the true killer!

For the mad-scientists among us, the chemistry behind the reaction looks something like this:

Blood contains an enzyme called catalase, which breaks down hydrogen peroxide into water and oxygen gas.

When this reaction occurs, the oxygen gas is released as bubbles. That’s why you see fizzy bubbles when you pour hydrogen peroxide on a bloody wound.

This test is not fool-proof, however. Other organisms, including plants and some bacteria also make catalase. But it was a great forensic tool for the time period and can still be easily used today.

Considering All Hallow’s Eve is right around the corner…perhaps I’ll keep my bottle of hydrogen peroxide handy. Strange things have been known to happen by the light of the October moon.

A Short Bio
Elizabeth Means lives in the Midwest with her wonderful husband and pretentious cat. When she’s not working, reading or writing, she enjoys hiking, biking, and chocolate. Not necessarily in that order.

While she likes many genres, she’s particularly drawn to Victorian era romance stories that are fueled by forbidden love and quite often…murder. The foggy streets, swirling coat tails and foreboding castles make it a difficult one to resist. Her new release, Dangerous Charade, is now available in print and e-book from The Wild Rose Press, Amazon and other major online book retailers. Visit her website at http://www.elizabeth-means.com/.

“One-two-three... two-two-three… very good.” Julian held Gabrielle securely about the waist as they moved across the floor in perfect unison. “You’re a surprisingly quick study.”

She nodded demurely, barely able to concentrate on whatever it was her feet were supposed to be doing. Or not doing. Dancing with Julian was proving to be even more unnerving than she had feared. Having his body but a breath away from hers was far too distracting. He was her number one murder suspect, and she needed to keep her wits about her now more than ever.

“Are you sure you’ve never waltzed before?” he asked.
“Never,” she lied.

He spun them around quickly, catching her off guard, causing her to cling to him tighter. “I believe you’re ready for Rocancourt’s ball. I no longer fear you will trip over both my feet and embarrass us silly.”
She pursed her lips. “I can assure you I would do no such thing, with or without your lessons.”
“You don’t say?” He furrowed his brow in mock thoughtfulness. “Do you know what I’m thinking, Gabrielle?”
“I cannot begin to imagine, my lord.” She cursed the butterflies in her stomach. The effect he had on her when he breathed her name in that seductive drawl of his was maddening.
He leaned down so his face was beside hers and whispered in her ear. “I think you have a secret.” He felt her body tense. “Oh, yes, I’m onto your little game.”

Great post, Ladies! (Tho' all that science made my head hurt) LOL
No, it was very interesting. I love the premise of this story, Elizabeth and can't wait to read it.
Best-

Jennifer:
Thanks for the comment and I hope you enjoy the story. Elizabeth is a wonderful writer.

I've been following your blog and am enjoying the teases of your book. Love the premise!

Great job on the interview ladies!

I'm sure Elizabeth appreciates that! I love the teaser, too.
Thanks for visiting!
Amy

Thank you all! It was a lot of fun to write. Let's hope none of us need our bottles of 2H2O2 any time soon!

Cool info. I knew hydrogen peroxide got out blood (and other organic/bacteriologic elements) but I didn't realize this knowledge dated back so far.