By some stroke of good fortune, I was selected as one of the hosts for Tom Mach's "Stories to Enjoy" blog tour. I'm very lucky (for once) and am glad to interview him. I'm glad to see another writer who believes compassion is one of our most treasured graces.

Please be sure to check out the entire blog for there is a nugget in there that might reward one of the readers. As they say, "You'll know it when you see it." But to avoid being too mysterious and driving you nuts, it's The Icing on the Cake.

Tom Mach﻿
Why did you decide to write? 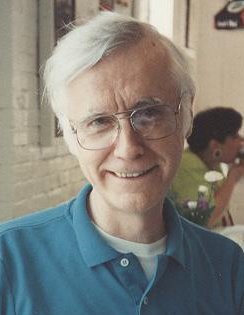 A combination of two factors. One is that I enjoy reading because it releases my mind, allowing it to experience other situations and get involved with interesting characters. As a result of my reading, I want to introduce readers to situations and characters whom I create. It’s sort of like creating your own vacationland and inviting others to have fun with you. Another factor is that I’ve always had an interest in writing, much like an artist has an interest in painting or a composer has an interest in creating music.

Do you have a favorite theme or message for your readers?
My favorite theme is compassion and forgiveness. In fact, I’ve devoted my entire blog site (http://tommach.com/ ) to compassion. Sometimes it’s difficult for a reader to see where this theme fits into one of my stories, but it does. For instance, in “The Crossword Puzzle Murders” (a story in Stories to Enjoy), Detective Pulaski feels badly about her brother being confined to a mental hospital.

How do you approach a new book? Outlines? Just an idea?
I generally take an idea and then try to do an outline for it, if it’s a short story. If it’s a novel, I work up a synopsis. What I find, however, is that as I write, my story or novel does not follow my outline but rather goes in a new and better direction.

How do you develop your characters?
I let my imagination create the characters, trying to imagine them as real people have certain distinct personality traits. As I write my story, I discover more about these characters and soon they take on a life of their own. I don’t like to write a comprehensive bio on each one because doing that makes my characters seem too artificial to me. You can’t force a character to act in a certain way just because you said so in a bio.

How much research do you do?
The amount of research really depends on the story I’m writing. For a historical novel, for instance, I do a ton of research because I want to be sure everything I say is dead-on accurate. For other stories, I may rely on my personal experience (such as my market research manager background when I wrote “The Lead Bird” in Stories to Enjoy.) I also have to do research in contemporary fiction where I’m not familiar with certain scenes (such as the interior of Air Force One in “The Assassin.”)

Who are your favorite authors? Have any authors inspired you or influenced your work?
I have a broad range of favorite authors. If I had to pick three, I’d say John Steinbeck, O. Henry, and Fyodor Dostoevsky. Steinbeck wrote with true compassion. O. Henry takes us through unusual twists to get to a surprising conclusion. Dostoevsky can get into a torture mind better than any writer I know. 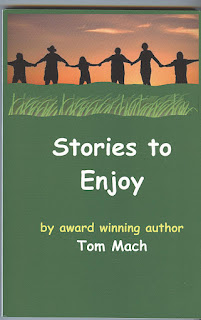 A great book has timelessness to it. It’s the kind of book that you read more than once, and each time you read it you get a greater depth of understanding of what the author intended to say.

Where do you see the publishing industry going in the next few years and where do you see yourself within this industry?
Although the industry is going in the direction of eBooks, I think there will continue to be a large population of readers who want physical books with pages and covers. I can’t see myself lining my bookshelves with Kindles and Nooks. I will continue to write in both media—for eBooks as well as perfect bound books.


Tom Mach’s Bio
Tom Mach wrote two successful historical novels, Sissy! and All Parts Together, both of which have won rave reviews and were listed among the 150 best Kansas books in 2011.Sissy! won the J. Donald Coffin Memorial Book Award while All Parts Together was a viable entrant for the 2007 Pulitzer Prize Award. He also wrote a collection of short stories entitled Stories To Enjoy which received positive reviews. Tom’s other novels include: An Innocent Murdered, Advent, and Homer the Roamer.

His poetry collection, The Uni Verse, won the Nelson Poetry Book Award. In addition to several awards for his poetry, Writer’s Digest awarded him ninth place in a field of 3,000 entrants. His website is: www.TomMach.com He also has a popular blog for writers of both prose and verse at http://tommach.tumblr.com/

This unique collection of 16 short stories written by prize-winner Tom Mach includes stories such as "Real Characters," which is about a writer who gets his wish--that his characters come alive.... "Breakfast, Over Easy" makes you wonder about loyalty in the face of temptation.... "When Kansas Women Were Not Free" takes you to a time when women were less free than former males slaves.... "Son" make you think differently about compassion. One novelist describes STORIES TO ENJOY as "memorable and intriguing, with O. Henry twists that are sure to surprise and entertain."
Excerpt
Detective Pulaski agonized over the challenge. This one was tougher to solve than the other three. When she finished the upper portion of the puzzle, adrenaline again pumped through her body. She felt a pain in her chest as if she were about to have a heart attack. Aggie blinked twice as she stared at the answers to today’s puzzle:
“Agatha Pulaski,” she said aloud, her voice quivering. “Policewoman, Sib, Twelve.”

That’s crazy. My own brother wouldn’t rape and kill me, would he?

At the end of Tom Mach's blog tour, he will be giving away a $25 Amazon gift certificate to a lucky person who leaves a comment. So be sure to give him a cheery hello and throw your hat into the ring!

Thank you for hosting Tom today.

You're welcome and I was glad to do it. I love hearing about authors like Tom. His book sounds wonderful.

I've been reading some of the reviews for your book posted at Amazon. I found a mix of ratings even by one reviewer who rated the individual stories as well as an overall rating.

I know reviews are very important to authors and the acceptance of their work by readers. IMHO, reviews can be so subjective sometimes that I tend to distrust review sites that give nothing but glowing reviews to every book they review...not every book is 100% 5-star good every time! Just doesn't fly for me. In those cases, I'm more inclined to trust reader reviews at places like Amazon where I'll see a mix from love it to hate it. What do you think about this? What reviews do you trust the most?

That's an astute remark and therefore difficult discussion. I'm torn and flip-flop on this all the time, as an occassional reviewer, a writer, and a reader.

As a reader, I'm less interested in the number of stars per se. I'm more interested in WHY someone didn't like the story. Because I'm looking to see if it will contain things that I don't care for (excessive sex, gruesome torture, etc).

As a reviewer, I'm really torn because it's so darn subjective. There are a lot of bestsellers out there that I simply can't read because something about the style of writing turns me off. So if I read one of those, I give them high points anyway, figuring someone else may like the book, and I note that it just wasn't my cup of tea and why. But I don't give a lower number of stars just because it didn't float my boat.

As a writer, I'm driven to read the reviews even though I know I shouldn't let them destroy my pride in my work, because if there's something people don't like, I need to take note of it and either fix it (if possible) or avoid doing that again in the future. I view it as "continual improvement". If you're not improving, you're failing. You can't stand still. So while bad reviews can destroy me and it may take days to recover, I try to use them as a learning tool.

But ultimately, everyone uses reviews in ways that suit them. I don't necessarily worry about sites that have all 5-star reviews, because they provide additional information about the books that will allow their readers to figure out if the book sounds good or not. I think a lot of readers use reviews in this way, i.e. to glean information about the themes, characters, or plot to see if it's something they like or not. They don't necessarily worry about if the reviewer gives every book 5 stars or not. And they do make a fuss when they read a particularly good book, so after a while, you can figure that their normal "5 star" is really maybe a "4 star" and when they make a fuss, it's really a "5 star".

But I would never exclude reviews from a site just because they give high marks all the time. I think it's fair for them to do so because it is so subjective and they are giving readers other clues about the book's content that can be extremely helpful.

Well, that's a long way of saying: it's all subjective. :)

I don't really believe reviews done by strangers. I know what I like and if I have read and like something by that author before, I will read it. Your story sounds like it has a lot of depth to it. I like that.

I thought since all three of you were discussin the same subject (ie, reviews) I should put in my two cents worth.
I believe reviewsu are subjective. You have to go no further than to look at reviews of famous books like Moby Dick or Gone With the Wind to wonder why some people didn't like them. I agree with Amy that it's the content of the reviews and not the number of stars that are important. A reviewer might not like a particular book because she doesn't understand the author's perspective and that doesn't make it a bad book.
I know you're supposed to get some bad reviews, so I was concerned when I got nothing but glowing reviews for my first novel, Sissy! Was I really all that good, or was I just lucky that my book fell into the right hands? I'll never know.
Thanks for writing. It's always wonderful to hear from you. If you ever care to write to me again, my email address is Tom@TomMach.com
Have a great day!

I agree about a great book being timeless. This is why Dickens & Austen, for example, are still widely read.

I like it so much, please try to keep posting.

Let me introduce other material that may be good for our community.