Eleanor Sullivan joins us today to talk about writing and her latest mystery, Cover Her Body, and although she may not realize it, we have a lot of the same interests. We're both interested in life in the 19th century and have a fascination for the kinds of medical details you always seem to need in a mystery. And it's sort of funny that she mentions a distant grandfather who left Germany to establish a villiage in Ohio. I also had a German grandfather who married an Irish woman and settled in North Dakota. I wonder if it's something to do with our German genes that make us both want to write historical mysteries? Weird. 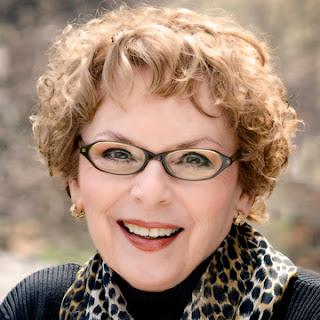 Eleanor Sullivan
Why did you decide to write?
After winning awards for my nonfiction books for nurses, I decided to write a mystery series featuring a nurse. Few books, TV shows, or movies show nurses’ work accurately. (Nurse Jackie is the exception.) With 20 years success in nonfiction, how hard could it be? I found out: very difficult! But, numerous workshops, classes, and critiques later, my series of three nurse-themed mysteries were published. That inspired me to turn to a historical mystery fiction series.

Why historical fiction?
I grew up hearing stories about my distant grandfather who led a beleaguered band of religious dissenters safely out of Germany to establish a village in the Ohio wilderness in 1817. Why not set a series in the quaint village, I thought. It remains a historic town, complete with museums and reenacters who demonstrate the work and lives of the settlers.

Uncovering the beliefs and practices of this unusual group of believers surprised me. Named Zoar, it was one of the lesser known utopias, idyllic settlements where disenchanted Europeans (in this case, Germans) found refuge from religious persecution in the new world. Of course, all was not perfect in this Garden of Eden, I discovered after researching the lives and religious practices of the inhabitants and by visiting the town.

How much research do you do?
Lots! I’m a former professor and author of scientific articles so accuracy is paramount to me. The medical situations in my first series are accurately portrayed, but research for the historicals is much more difficult. Not only did I have to reconstruct 19th century life, I needed to know such esoteric facts as what the men’s suspenders were made of (fabric, if you want to know).

I was helped by a 1930s dissertation from Ohio State University that chronicled the lives of the people who settled the town and by the historian who spent more than 30 years as the town’s site manager. Both sources could be counted on to be accurate. Here’s a photo of my ancestor’s cabin today.

What’s your favorite method for researching?
Of course the internet has revolutionized research even if some sources may be suspect. Primary sources, often transcribed and posted online, were invaluable.
Traveling to the location is a must for me. I made several visits to Zoar, Ohio to take photos of buildings (interior and exterior) and walk about gardens and take paths through the woods. I interviewed a tinsmith, cabinet maker, and blacksmith. Also I visited other historical towns of the same vintage—New Harmony, Williamsburg, VA, and Amish country. Finally, I try to put myself in the scene, capturing the sights, sounds, and smells of the moment.
Do you have a favorite theme or message for your readers?
Readers tell me that the theme that comes through all my stories is the strength of women whether they’re contemporary or historical.

When do you write/what is your writing day like?
I keep a regular schedule. After an early morning workout, breakfast and shower, I’m in the office by 9 to start writing. Mornings are my best time. Then I break for lunch, run any necessary errands, and return to the office to review what I’ve written, revise and, when my brain seems completely depleted, I stop. I don’t try to push through because I found whatever I write then is garbage. Then it’s time to answer email, check Facebook, and tidy up anything else awaiting attention. I leave the office about 5. That’s it except I do find that my mind keeps working on tough problems and I often awake the next morning with how to solve them. Hurray for the subconscious!

How do you approach a new book? Outlines? Just an idea?
As a former scientist and nonfiction author, I can’t imagine writing content without an outline to guide me.
I start first with the murder: who’s murdered, by whom and why. 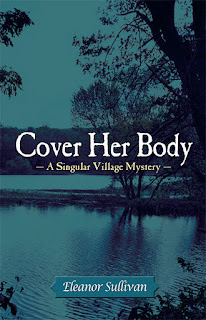 I make two outlines. The first is a list of scenes in the best order I can imagine. Here’s an example my latest book, Cover Her Body:
Scene 1 Adelaide finds body in river, knows the girl didn’t drown
Scene 2 Benjamin learns body in river, fears it’s Adelaide but learns it was Johanna
Scene 3 Adelaide tells Nellie about Johanna’s death, fearing her reaction

Then I flush out details of each scene in an expanded outline with notes about who was there, what happened, descriptive details, how characters felt, how the scene ended, and anything else I think of. This is not an onerous task. I just jot down ideas as they come to me.

Of course the outline changes as I write. I add scenes, delete some, and reorder them throughout the writing process. But the outline keeps me on track. Without it, I think I’d wander around endlessly without getting anywhere.
How do you develop your characters?
Since I start with the murder, I create the victim and perpetrator first, identifying their characteristics, physical appearance, and relationship.

For the protagonists (I have a husband and wife POV in Cover Her Body), I develop a detailed backstory and rationale for their flaws, fears, and hopes.
For the entire cast, I create a mind map, linking names to reflect their connections. I give each a role in the story and then figure out each character’s name to convey just the right message about the person. At the same time, I work on his strengths and weaknesses as well as his appearance that could reflect his personality or counter it.
If a reader took away one thing from your book(s), what would you like that to be?
That they’ve been taken into a different world for a time, that they’ve learned about people and places, that they’ve been caught up in the characters’ plights, and, finally, that they’ve been satisfactorily entertained.

In a strict, religious society in 1830s rural Ohio, a 16 year-old girl is murdered because she’s pregnant, but the only person who suspects it wasn’t an accident is a young midwife, who puts her own life in danger when she tries to find the killer.
“…finely drawn murder mystery…expertly crafted, perfectly paced novel…”
Kirkus reviews, December 6, 2011

“…enjoyed the storyline, the writing style, the well-rounded characters…no facet of the story I did not enjoy!”
Reader Views, December 1, 2011

Brief Bio
Eleanor Sullivan is the award winning author of books for nurses, the former dean of nursing at the University of Kansas, and past president of the world’s largest nursing organization. Turning her attention to mystery fiction, she authored the Monika Everhardt medical mystery series and, more recently, a series of historical mysteries set in the 1830s religious settlement of her ancestors. The stories feature a midwife and her cabinet-maker husband in the Northern Ohio village of Zoar. Cover Her Body, A Singular Village Mystery, is the first book in the series.

Eleanor, this sounds like a wonderful read. I was a nurse for 13 years and grew up in Va (have been to Williamsburg many times). Am very impressed with your thorough outlining, BTW:) All the best for Cover Her Body.

Christina Cole said...
This comment has been removed by the author.
10:59 AM

I love American history, so this definitely caught my attention. The fact that my ancestors also came from German only makes the story more intriguing. Cover Her Body is going on my "must-read" list.

Hi!
Thanks so much for visiting and leaving comments. I wonder if I ever met you at Williamsburg, Eloise. :) I once met Isaac Asimov in the garden behind the Governor's palace there. I was so stunned that I forgot to take a picture and I've kicked myself ever since. He was a really nice guy, though. He shook my hand as I stammered out that I'd read every book he'd ever written. LOL He probably thought I was a total idiot.