Law Enforcement in Historical Mysteries...What to do?


I’ve been doing a blog tour (and I’m giving away one $25 Amazon gift certificate for Jan, Feb and Mar, 2012, so be sure to check it out, the list of blogs is on my News page) and one of the question that a lot of folks ask me in my interviews is why I chose to write during the first half of the 19th century. This period in England is often called the Regency period, although technically that only lasted from 1811 through 1820 when the Prince of Wales ruled as Prince Regent when his father, King George III, was considered unfit to do so. 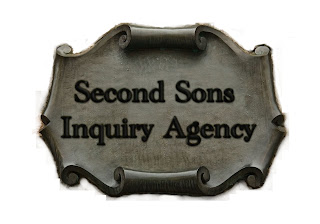 The sort answer to the question of "Why the Regency?" is that it was a pretty darn interesting period. The roots of policing, forensics, medicine, and most branches of science as we know them started to develop along modern lines. What I’d like to do is reveal a bit about these developments through blogs to describe some interesting background information for my Regency mysteries. While the Second Sons Inquiry Agency in many of my books is entirely fictional, it is an organization that could have existed. At that period, law enforcement was largely funded privately. Odd as it might seem today, private individuals (most often the victim) were responsible for investigating and prosecuting criminals.
It’s a fascinating subject, and for this blog, I’d like to talk about law enforcement, although it will be in sort of generalized terms to avoid the high eye-glaze coefficient that this topic can engender. Law enforcement hasn’t always been as formalized as it is today.

It wasn’t until 1829, that Sir Robert (Bobby) Peel’s leadership established the modern British police force through an Act of English Parliament. It even specified the use of the word “police.” For those who have heard the term “peelers” or “bobbies” for British police, this is also the origin for those terms. The Bow Street runners were charged with keeping the King’s (or Queen’s) peace, just like bobbies do today.

At first, this mostly consisted of The Bow Street Patrols (Bow Street runners); Police Office constables under the control of the Magistrates; and the Marine police (river police). These groups were later melded into the Metropolitan Police Force in 1839 for the City of London.

But if the police force didn’t exist before 1829, how were laws enforced and criminals caught?

Initially, sheriffs, reeves and groups of men acting as juries provided law enforcement. Most of us have heard of sheriffs from Robin Hood movies. They basically kept order and maintained the King’s interests locally. From 1500 onward, private watchmen, thief-takers, etc. performed law enforcement activities. Watchmen were often funded by private individuals or organization and rewarded for catching criminals.

By the 17th and 18th centuries, there were parish constables and the Justice of the Peace. The constable was appointed to serve for a period of one year. He wasn’t paid and he worked in co-operation with the Justice of the peace to maintain order. In larger towns, there were guilds that became known as The Watch who were paid to patrol the streets at night. By 1663 in London, the night watchmen became the first paid law enforcement officers.

A gradual shift to government control over law enforcement really got underway in 1737. King George II initiated a scheme to pay London and Middlesex watchmen, using taxes as funding. Then in 1749, Henry Fielding’s famous Bow Street Runners were organized. They were essentially professional constables and by 1828 were the largest privately financed police force covering 45 parishes within a ten-mile radius of London.

In the early years of the 19th century, if a person wanted a constable to help him or her apprehend the perpetrator of a crime he had to pay the expenses of the investigation. Any English citizen could prosecute a crime and the prosecutor was often the victim of the crime. He had to file charges with the magistrate, present evidence to the grand jury and provide evidence. In the 18th century, rewards for the conviction of criminals ensured that citizens had incentive to prosecute, but they also led to abuses where people were accused of crimes they didn’t commit simply to collect the reward.

There was a particularly famous case of a thief-taker in 1720 who epitomized the corruption that led to Sir Robert Peel’s reforms. In London in 1720, Jonathan Wild had a gang of thieves under his control. When they stole, he’d often arrange to return the property and hand over someone, sometimes even a member of his gang who displeased him, and collect the reward. His shenanigans came to an end though when his perfidy was discovered and he was hung in 1725.

But thief-takers remained tainted with corruption. In 1754, there was another scandal similar to Wild’s where Stephen MacDaniel was caught prosecuting innocent men in order to collect the rewards. Again, this was another incentive to eliminate the system of rewards from victims hoping to regain their stolen property or gain justice. A salaried police force, i.e. Sir Robert Peel’s bobbies, seemed like the answer to cut the dependence upon rewards and their corrupting effect. 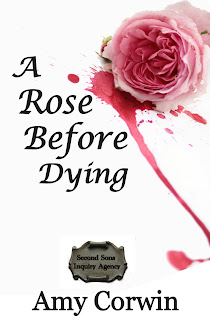 So there you have a few glimpses into the early history of law enforcement. I hope you found it interesting, as bits and pieces of my research have found their way into my historical mysteries, include The Vital Principle and A Rose Before Dying. I'll be talking more about law enforcement, forensics, and other such fascinating topics in future blogs (assuming I don't get a lot of comments like: "What the HECK are you THINKING?")
Posted by Amy at 1:15 PM

Email ThisBlogThis!Share to TwitterShare to FacebookShare to Pinterest
Labels: A Rose Before Dying, history of law enforcement, Regency, Regency Mystery, The Vital Principle

This is fascinating stuff——my eyes did not glaze over, even once:) I know a little bit about medieval law enforcement, but not a lot about this period and I appreciate the background. All the best for your blog tour!

Hi! Thanks for dropping by and commenting. I'm relieved that it didn't bore you to tears. I'm always afraid things like this will.

Over time, I'm hoping to add more info and go into depth about different practices and the implications, as well as wierd and wacky things I discover in the way of research. I know I find it interesting, but of course what is sauce for the goose isn't always sauce for the gander, despite what they say! LOL

Have a terrific day!

Hi Amy,
Thank you for the post. That is so interesting. Being an historical writer myself, I love historical blogs.

Hi!
Thanks for the comment--I'm glad you found it interesting. It's good to know I'm not the only one who finds this stuff fascinating. :)

Hi, Amy! Add me to the list of those who love this sort of information. It's truly fascinating.

That's good to hear. I feel encouraged to continue, then, and explore some of these things.

I do an an ulterior motive, though. Writing these blogs about topics I've researched help me to organize what I've learned and "digest it" enough that I can work within a historical framework in a natural way without it sounding like a history lesson. :) I can torture my blog readers with the "history lesson," instead.

Thanks again! I'm so glad to have these comments.

So what about in the countryside durin the regency? Say a crime was committed on an estate. If the "lord of the manor" felt he needed protection and/or wanted someone to hunt down the perp, would he contact the local sheriff?

In the countryside, the local constable would largely be responsible and would summon the coroner and a Hue and Cry would be issued to try to capture the perpetrator. Earlier, baliffs would also be involved in some locales. There were also Sheriffs responsible for larger areas as the Regent's representative.

But since it was rather informal, if you were wealthy enough, you could hire your own people, e.g. a baliff, to investigate and help enforce the law in his area.