Most of my readers will be stunned to know that I have not one, but two tarot card decks. One is a deck with pictures from the Regency period and the other is the more traditional tarot deck. So it seems natural to invite Eloise Hill to join us today, as a real psychic, as well as a mystery writer. 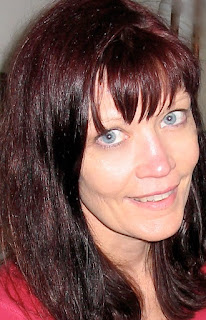 What made you decide to write?
I think the seed was planted, in the back of my mind, at the age of nine. I remember pulling a gothic romance off of the shelf, at a local drugstore, and hearing a voice in my head say, “You’re going to write books someday.” Someday turned out to be forty-three years and a nursing career later, after my mother’s sudden, unexpected death from cancer. She was a very dynamic woman, seemngly immortal to friends and family, and her passing left me thinking about opportunities I knew she had denied herself, my own mortality, and how authentically I was living my own life. Some advice from an acquaintance triggered the memory of my nine-year-old self standing in the drugstore, paperback in hand, and, within six months, I had quit my job and was writing my first paranormal cozy, The Eight of Pentacles. So, I guess you could say the time had come.


Do you have a favorite theme or message for your readers?
My nursing career and thirty years experience working as a psychic have both taught me the value of taking the time to listen to my inner voice and value my intuition. So my protagonist, Eileen McGrath, represents the more fearless aspect of living like that: pushing her dimunitive self past her polite Southern upbringing and against the powers that be, if what’s being presented to her doesn’t ring true. I also teach a variety of tarot classes and I know there are a lot of readers and collectors out there who share my love of the cards, so it seemed a natural fit to incorporate into Eileen’s intuitive practice, weave into the story line, and use as a theme. Plus, it gave me the opportunity to “create” my own deck for the series: something I had wanted to do for a long time.
What is your favorite method for researching?
I start my research with the murder setting and build out from there; I am fortunate to live in Northern California, where there is no lack of eye candy to hang a story on: both scenic and not so. The setting for the murder in The Eight of Pentacles was a five minute walk from my home, at the time: a wildlife sanctuary and man made salt-water lake on the edge of Oakland, California’s uptown. It’s a lush, placid spot ideally suited for working-out, bird-watching, sailing, and family gatherings, but also a place with a history of drug-dealing, prostitution, and outbreaks of violence, after sundown. The contrast between the two faces of Lake Merritt appealed to the crime writer in me, so I visited the nature center and gathered all the available information the employees there had to offer, checked out several books from the library by local authors on the lake’s history, and finished up on the internet. Like most writers, I’m guilty of getting a little too absorbed in my research and ended up injecting only about twenty percent of what I learned into the story.

How do you develop your characters?
I developed the base personalities for the characters before I wrote the book. I needed Eileen to be a middle-aged protagonist who was a psychic and a nurse: a single woman, deprived of her ability to make a good income and forced to use her intuitive abilites to help make ends meet. Daniel Burnette, the antagonist/homicide investigator, was based on a favorite Irish actor who has a penchant for brooding intensity and Atticus Spencer, the more layed back p.i. character, was inspired by my ex-boss and my partner; he started out as a hybrid and gradually morphed into his own man as the book progressed. Like so many of us who live in urban areas and away from the families we grew up with, Eileen is very much on her own and I wanted her to find an extended family in her neighbors, Tessa and Jessamae: both amalgams of co-workers I have known and loved. I spent several weeks listening to rap music and watching locally produced “crunk” videos and interviewed a Bay Area rap artist to get a better sense of how to create the prime suspect, FoZ. And, Audie, Eileen’s cat, was inspired my by an ex-roomate’s Blue Russian, Sundance, who preferred “murping” to meowing, as his favored form of communication.

What is the best advice anyone ever gave you about writing? 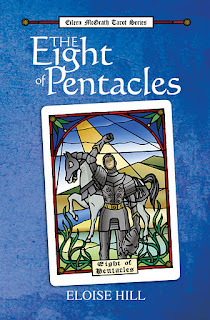 Two pieces of advice come to mind. The first came from a Bay Area sports writer, who was incredibly kind and encouraging when he found out I was working on my first novel. I’m paraphrasing here, but he said something along the lines of “Do your first draft, your second, your third, complete all your edits…and then go back and take out everything that isn’t absolutely essential to the story.” Killing your darlings can be a painful process, but I think the bare bones approach makes, in the end, for honest writing and a more fluid read.

The second piece came from the actor, Peter Riegert, at a writer’s conference I attended several years ago. He referred to the part of the Pesach Seder where children are asked “Why is this night different from all other nights?” and suggested applying that model to your writing. That really stuck with me, the idea of checking in, as you were preparing a scene and asking yourself “What makes this character and the response to whatever I’m subjecting them to unique?”

What makes a great read in your opinion?
Obviously this varies a bit depending on whether the book is fiction or non-fiction, but I generally look for two things in a book: I want to be transported and I want to come away from the experience having learned something new, including more about the craft of writing. I don’t like a novel that reads like a textbook, but I do like enough well chosen detail to drop me into the whatever alternative reality the author has created. And I love books where the writer has planted little “enlightment bombs”: asides that make me stop and re-think the world.
Bio
Eloise Hill grew up in the Blue Ridge Mountains of Virginia, resides in Northern California and is a writer, nurse, and psychic who has been in love with the Tarot, and all things metaphysical, since she picked up her first Rider-Waite deck at the age of eighteen. In addition to the tarot, she teaches classes on a variety of subjects including Candle Magic for Muggles and The Womanly Art of Tea Leaf Reading.

Eloise is an amazing woman. I find myself asking "what would Eloise say about 'this'?" I had to laugh the other day when I was just in tears, cleaning off bookshelves and my deck of tarot cards literally fell on my head. I have not mastered the Tarot, but I knew that Eloise would appreciate the message there. I'm looking forward to the next in the series.

Hi Ellen, thanks for leaving a comment. And if I were you, I'd pay attention to those cards or risk getting beaten up by them! LOL It certainly seems to be a sign if they are falling on your head.

Have a great day!

Eloise Hill said...
This comment has been removed by the author.
12:43 PM

Ellen, only very wise women get The Universe speaking to them, the first time...the rest of us require a bonk on the head:) Thanks for the post, girl!

A great interview! It's amazing how you build your story around the murder.

Thanks, Eleanor. I think if you start with an evocative enough setting,
and one where there is that surface tension I mentioned, the story will follow. I appreciate the post!

Thanks, Amy, for the interview. I enjoyed it!

Great Interview Eloise. It is really intresting to see the different methods authors us to write their stories. My best wishes for your continued success

Really good interview! I believe there are people with true psychic abilities--but I'm not one of them.
However, I did research on Tarot for my Regency novel Tea Leaves and Tarot Cards and found the information fascinating.

Richard: Many thanks. I actually find my methods are a little different for the 2nd book in the series——but deciding on the murder setting was still the thing that kicked me into gear.

Jacqueline: I think we all born with an awareness of our natural intuition, but it tends to get dialed down in our culture, as we become adults. Tea and Tarot sounds like a perfect combination; I will check it out:)