An interview with the authors, Jann Contento and Jeffrey Ross

What made you want to write about college life?
Jeff:  We have always been intrigued by community college work life and the Campus Novel genre. We were aware very little community college fiction exists. We have written several academic articles about certain “challenging” community college issues. At some point, we decided that fiction, comic fiction, might be a better way to articulate our “contrarian” views about the community college experience. 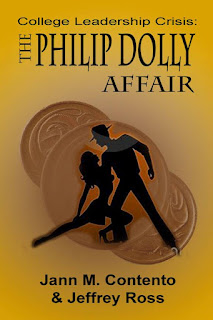 How much research do you do?
Jeff:  Jann did an extensive amount of research on the middle section—which deals with Argentine political intrigue of the 1960’s. He really wanted to get our novel’s “shadow world” done correctly—and it shows in the finished product.

What was the most interesting thing you discovered when you were doing your research? Jann:  The mid-20th century academic, political, and Cold War ideologies dramatically reinforced the obvious intellectual contrast observed in current American community college culture. Research efforts also exposed a variety of themes which conveniently added conversational dynamics to our characters.

When do you write/what is your writing day like?

Jeff:   I need to write in the middle of distractions—when I have other things to do—during a busy day. I am heavily influenced by process pedagogies—I believe in numerous drafts over numerous days. I don’t like white noise, music, TV, or human discussions in the background when I am writing—day or night.
Jann: I prefer writing in a relative state of peace and quiet, usually in the morning. Often, ideas, themes or qualitative descriptors bounce around in my head throughout the later part of day and evening. Daily image chaos seems to work out best in a restful state.

What is the best advice someone has given you about writing?
Jeff:  Probably the best advice I received (indirectly from my Virginia Woolf Seminar professor, Dr.  E. H., years ago] was to view writing [fiction writing and poetry] as art—not craft. I am not interested in writing in clearly formulaic modes (mysteries—romance— vampires—wizards--- science fiction—westerns, for example). So much of that has been done—and done well—that I cannot meaningfully contribute to the corpus.  But “experimental” campus novels? Well, I am quite comfortable in this style.  And I believe fervently that satire is an art form.

Jann: I have to agree with Jeff in viewing fiction writing as art rather than craft. I have received plenty of advice from good intended sources, however misguided. My American Literature professor often reminded her students of the glorious inequality of talent and the necessity of intellectual exercise—best demonstrated through writing. I readily revisit her holy guidance.

How do you develop your characters?
Jeff:   I rely on stereotyped notions used purposefully. You, gentle reader, may assign negative connotations to the use of stereotypes—I don’t. You have all had teachers, professors, and bosses that fit certain “types.” I work heavily at providing detail-rich descriptions of such entities—and I think you will clearly recognize people you “know” in the Phil Dolly Affair.

Jann:  I attempt to create recognizable, yet illusive character types whose purpose is often disguised by ambition. Sketches are developed in aggregate initially; then, as situational events arise, characters are further dissected to substantiate their appearance.

Who are your favorite authors? Have any authors inspired you or influenced your work?
Jeff: My favorite authors fit into certain groups, I suppose. I am quite fond of 19th century American Transcendentalists [and Poe], of late 19th- early 20th century writers such as Hugo, Frank Norris, Hardy, Proust, Woolf, and Joyce, of 19th century British Romantics, and quite a few 20th century American writers such as Zane Gray, Edward Abbey, Thomas Pynchon, Louis L’Amour, William Faulkner, and especially writers of the Southern Gothic like Flannery O’Connor.

What makes a great book in your opinion?
Jeff: One that contributes, one that helps make the Universal Puzzle more clear, one that almost always requires a hermeneutic circle for meaningful analysis. I’m not really interested in books just for entertainment—even the great western writer Zane Grey was working on constructs of social democracy, primitivism, and the Power of the West in healing civilization’s corruptive effects.

If a reader took away one thing from your book(s), what would you like that to be?
Jeff: That even the typical daily community college experience can be elevated into “art.”

Jann:  Hopefully a gregarious laugh and a lasting lesson beyond the staged community college stetting.

Do you have any tips for aspiring authors?
Jeff: Thomas Hardy wanted to be a poet first—and a novelist second. I suppose that is my dream, too. And I might recommend that aspiring authors should try to work out their ideas in poetry, first. 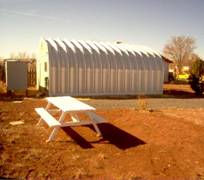 Where do you see yourself as an author in five years?
Jeff: I suppose I would hope my fiction writing helps me become a better poet. I would like to be able to smoothly articulate my ideas through poetry within the next five years. Jann: I hope I am provided an opportunity to critically examine social/behavioral events through fiction. I would also like to improve personal habits which assist progress in poetic writing.

Where do you see the publishing industry going in the next few years and where do you see yourself within this industry?
Jeff: Hard to say. Technology has empowered the masses to produce text [which is probably a good thing]. I’m afraid I may get lost in the shuffle. Or ignored. Remember when Jack Nicholas was shouting “You can’t handle the truth!”? [I think it was in A Few Good Men.] I’m afraid we may be offering a kind of truth in PDA the happy masses won’t acknowledge.

Brief Bio
Jann M. Contento has a broad range of experiences in higher education including student affairs administration, athletics, and institutional research. He is currently working in a community college setting and has co-authored several articles on leadership and college culture.


While community colleges are currently receiving heightened attention, this novel provides a behind-the-scenes analysis of many whispered truths, those simmering but unspoken workplace behaviors, issues, and machinations every worker (Everyman!) will recognize. A humorous and biting read with a clever mix of satire, political intrigue, failed romances, and tragic-comedy, this novel will open your eyes to the truth about community colleges …

Dr. Emmie Seemy seemed likeable enough. At 64, she could have retired several years ago. But the job, Reading Professor AND Chair of Communications, gave her substance and meaning. Her days at CCC were pleasant--her faculty seniority afforded her a bit of eccentricity that was accepted by both her younger colleagues and senior administrators.

Dr. Seemy’s signature motto at the bottom of her emails read

She didn’t really trust anyone, though, and kept an eye on all correspondence, meeting minutes, and the activities and behaviors of everyone around her.

Dr. Seemy was quite a character, that’s for sure. She wore [very large] black framed glasses with sequin designs embedded throughout the thick frame and ear pieces. She dyed her hair jet black and kept it in a 60’s era beehive. Dr. Seemy typically wore old-fashioned rhinestone cocktail dresses [even short ones that showed her age-knobby knees].

She drives a Lincoln--an old 83 Lincoln still in terrific shape [except for dog hairs on the back seat].

Dr. Seemy used to have two great big dogs, large, spit-drooling Dobermans she would bring to school with her. They would lounge in her office and were quite the topics of discussion around campus--the dogs were loved and hated, admired and feared. Students generally liked the great beasts, but then, Castor, one of the pooches, bit a student named Gerald Ladmo. The college settled for an undisclosed amount out of court. She had to board the dogs after that, instead of bringing them to CCC.

Dr. Seemy had smoked for decades--and quit only after it came down from the hill that smoking was no longer legal. She had smoked Virginia Slims through a long, black sequined cigarette holder--when grasping the cigarette holder, and leaning forward in her chair, she had the aura of a 30’s or 40’s Hollywood actress--poised, debonair, and strangely distant.

The authors will be giving away a novel-companion e-form [PDF] “chapbook” of poetry “voiced” by one of the novel’s characters, panish Professor Jack Frost, to one randomly drawn commenter. Follow the tour and leave your comments; the more you comment, the better your chances of winning! The tour dates can be found here: http://goddessfishpromotions.blogspot.com/2011/12/virtual-book-tour-philip-dolly-affair.html

Thank you for hosting the Philip Dolly Affair novel today!

It sounds fascinating to me -- I knew more was going on at College than I realized (LOL). And I'm hoping to pick up a copy, myself.

thanks for allowing me to host you. I'm just sorry that I mixed up AM for PM and posted this a little late. But hopefully we'll still get a lot of folks dropping by to comment.

I find the author’s observation of fiction writing as “art” rather than “craft” fascinating. So much of today’s modern fiction is craft. Many current 21st century” best-selling” authors find a formula that sells books and stick with it. I applaud the authors, Ross and Contento, on their dedication to the novel art form. The brief excerpt contained in this blog is richly descriptive and funny. I have just ordered a paperback copy of The Philip Dolly Affair and am eagerly looking forward to dive into the action. Thanks for hosting this review Amy, I will surely share.

Thank you so much for leaving a comment, and I agree. It's nice to find authors like Ross and Contento.

Hi Amy. Thank you for the compliment-- and for hosting us today. You have a delightful and very professional looking website. Have a great weekend!