Publishing is really a crap shoot - you just never know what will catch reader's attention and what will just slip away into oblivion. 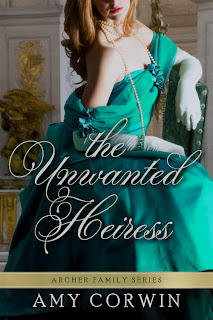 This weekend has been one of my best, ever, with the exception of three months in 2011 when my books were literally flying off the shelves. About two weeks ago, The Unwanted Heiress, a sweet Regency romance was released, or rather re-released as it had previously come out as I Bid One American. The cover for The Unwanted Heiress was redone by a professional cover artist, Amber Shah, based on a photograph by Jenn LeBlanc, and the results were terrific.

The book had always done well and attracted the interest of two agents, so when I got the rights back, I re-edited it and got it re-released.

The results have been everything I could have hoped for. Back in 2011, several of my Regency mysteries did very, very well (The Vital Principle and the Regency romantic mystery, A Rose Before Dying) but I had never been able to crack that "2,000 in all Kindle books" bestseller barrier. This time, I did. On Saturday, March 23, I got a ranking of 1,995 in all Kindle books!

How did I finally break the barrier? Beats me. In fact, I've done absolutely nothing other than mentioning the book on my author page on Facebook a few times and tweeting about it a few times. Like many others, I read Konrath's blog about publishing and he's pretty well clueless, too, about what suddenly attracts readers to a book (and hopefully, an author), except for a few basics:


The funny thing is, this reminds me of my first research into publishing when I began seriously writing (for the second time, after college) back in the late 90's. What I kept hearing, especially from unpublished authors, was that publishers kept telling them they wanted, "Something that is the same, only different." What the heck does that mean?

It means a book that fits comfortably into a genre that readers know and love, and yet is somehow different while it remains within the bounds of that genre. Now some writers can break through and establish entirely new genres, e.g. Georgette Heyer or Stephen King, but for the most part, if you want to sell, you need to write a book that readers can "place." That means, that readers know/understand what to expect. Oh, not that they know what to expect in every detail, but in general terms, like knowing there will be a happy ending.

Writing a book that fits within a genre, of course, doesn't guarantee sales, but it will generate more sales than writing a mishmash, e.g. a Frankenstein-meets-Gone-with-the-Wind-in-Space. If readers can't wrap their heads around a concept, it's going to be hard to find readers unless, of course, you're the next Stephen King. And while most writers think they are not only the next best thing to King, but actually better, I'm afraid the reality is: probably not.

So I'm grateful that readers are discovering The Unwanted Heiress and I hope they enjoy the sweet Regency romance. It fits nicely in the Regency genre, but as so many editors requested, it is the same, only a little different.