Truth is Too Far-fetched for Fiction

Truth really is stranger than fiction, and thank goodness for that. While writers get their ideas from all kinds of crazy places including the cob-webbed corners of their dark little minds, sometimes their best ideas come from a bit of reality that is too weird to pass up.


That’s what happened to me.

I was researching crime in the 19th century and ran across an article about a young woman who had been living as a man. Catherine Wilson. It seems like the type of thing that only happens in fiction, but it does not. In fact, this one only one of many cases where independent women chose to live as men rather than face the restrictions and terrible choices endured by women before the 20th century.

One generation as passed since women broke through the barriers that said the only proper role for a woman was to be a wife and mother. Many today don’t have a real conception of what it was like to be beaten, starved or even imprisoned in a mental institution if you did not agree to do what you were told, and yet that’s what many women faced. You did what your parents or guardian said you should do and married who they said you should marry, and that was pretty much it. Sure, some ran away with lovers, but many of those subsequently ended up in poverty or resorting to prostitution to survive.

It was not a lovely world for women with no visible means of support.

So what about Catherine Wilson?

Catherine Wilson lived in Perth and by her account, assumed the dress of a boy when she was between six and seven years old. Her brother had died and when her parents followed him, Catherine found herself without protection.

She donned her deceased brother’s clothing, took the name of John Thomson, and sought employment with graziers (working with cattle). When she was around fifteen, she drove cattle to Hallow Fair, Edinburgh and left her job as a grazier to work in the stables of one Mr. Lawson. She left Lawson’s service when she got a better situation as a groom and foot boy with J. Williams, Esq.

She worked for the Williams family for two years, but was discharged after an argument. She wandered up to Leith and managed to find another job as a “lumper” and she lodged at a house run by a woman named Gray.

This was the start of her downfall.

Mrs. Gray somehow found out that John, aka Catherine, was a woman. Mrs. Gray had a daughter who had an affair with their butcher and gotten pregnant. Well, the butcher was already married and broke things off with the girl when he heard the news. 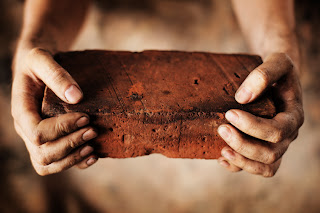 When Mrs. Gray discovered her tenant, John, was really a female, she saw a way out of her dilemma. She told John/Catherine that she was liable to transportation for going around dressed as a man, unless she agreed to Mrs. Gray’s demands. The Grays demanded that “John” marry the pregnant Mary Gray in order to conceal Mary’s shame and prevent the compulsory disclosure of the real father.

John/Catherine didn’t want to do that and ran away to Edinburgh where she got employment as a bricklayer. But she didn’t escape the clutches of the Grays. Mrs. Gray followed with a letter from Mary, reproaching John for deserting Mary after seducing her. Mrs. Gray handed this letter to John/Catherine’s employer, who discharged John/Catherine on the basis of this depravity.

Mrs. Gray assured John that the butcher agreed to pay a dowry to support his child if only John would marry Miss Gray. John/Catherine finally consented and married Miss Gray. But the couple never got the dowry and married life didn’t agree with John. John/Catherine found it difficult to support a wife, child and his mother-in-law. The last straw was when his “wife” Mary resumed her affair with the butcher and got pregnant again.

She resumed her petticoats and went to Glasgow where she sought work in a factory. 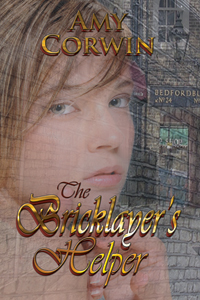 And that, my friends, was the story of Catherine Wilson and the inspiration for the premise behind my Regency romantic mystery, The Bricklayer’s Helper. My heroine, Sarah, becomes Sam when her family is murdered. She dons the attire of a lad and obtains work as a bricklayer, until the murderer discovers she’s still alive.

Then the troubles really begin.

While I really wanted her to marry her employer’s daughter (because I thought it would be hysterically funny) my editor convinced me to make it more believable. Obviously she’d never heard of Catherine Wilson and how she married to continue hiding her identify.

Sometimes, reality is too far-fetched for fiction.
Posted by Amy at 9:40 AM

Great post! This is something I always find frustrating-- when I put in little slices of truth I've discovered in my research and beta readers will say "this doesn't sound believable" or "they wouldn't have done that back then" - I find that sometimes it's because I haven't properly setup motivation (because I know it's true I forget to do this), and that seems to help, but I find that I have to work extra hard to layer in slices of historical truth to make it believable...

I know--isn't that just the WORST thing?

I can't tell you how many times I've stuck in some piece of reality that I know happens (and often happens a lot) and yet editors/readers complain that it just doesn't sound believable.

You're right, the key is to work in all the motivation and setup. Sigh.

Back in the late 70s when I was living in the UK doing a degree I wrote my first novel about a (contemporary) heir to the throne who falls in love with a commoner. Too unbelievable, said the agents. Uh, duh? Great story by the way!

Are you serious?
I'm foggy on the details (and may be wrong) but what about Mrs. Simpson?

It's amazing how often folks say, "But that could never happen!" when indeed, it happens quite frequently.

I'm embarassed to admit, I've even done it to a writer. Someone sent me a crime story where the cops took the entire front door with them to dust it for prints in their lab. I said, "What the heck, who would take a victim's front door, leaving the house wide open?" I just couldn't see the cops being that insane. But it happened. I should never have said it was unbelievable.

People do the darndest things!
Look at the Darwin Awards!

I have to agree! My novel Confederate Rose is based on true stories of women who donned male attire and joined the armies on both sides during the American Civil War without most of the men being aware. While my heroine is based on real women, I remember when I was first writing and entering the unpubbed story in contests, a judge told me a woman dressed as a man was a cliche in romance. I obviously didn't listen to her and now have a published award winning romance to show for it.

Truth is indeed stranger than fiction.

Susan:
I'm so glad you left a comment with that information. My reaction was, "See?"

I wince whenever I see a writer getting that kind of a response. And I'm relieved you didn't listen to folks.

Personally, I love stories like that. I think it's mostly because I'm a contrary little cuss and dont like to be told what to do--so I'd probably have been one of those women who said, "To heck with this." and donned a man's clothing so I could do what I wanted to do.

An interesting point about Catherine's story that I left out was that her employers all said she was "honest and hard working." And yet in order to be hard working, she had to hide who she really was, essentially being dishonest in order to enjoy an honest day's work as an independent person rather than a dependent.