Remember the move, The Paper Chase? Or shows like LA Law and Boston Legal? Perry Mason? We've all been thrilled by courtroom drama and intrigues by lawyers (despite the jokes about them) and I'm honored to interview Charles Rosenberg, a gifted writer and lawyer. 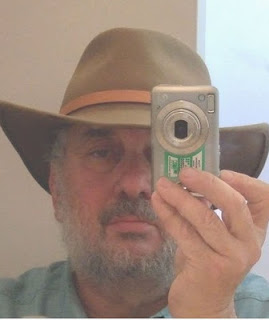 Charles Rosenberg
Why did you decide to write?
After having been the legal script consultant to four TV shows – The Paperchase, LA Law, The Practice and Boston Legal, plus having been one of two on-air analysts for E! TV’s coverage of the O. J. Simpson criminal and civil trials, writing Death on a High Floor, which is a legal thriller, just seemed a natural thing to do. Although the truth is that I started a similar novel in the mid-70’s, but never finished it. So maybe it all started back then.

How much research do you do?
Didn’t have to do any research, really, on what life is like inside very large law firms since I spent a significant part of my life as a lawyer inside such firms (although I want to be sure to point out that none of them was as mean as Marbury Marfan, the firm in Death on a High Floor). Nor did I have to do much research on criminal procedure since I taught that subject as a law professor once-upon-a-time, have represented clients in criminal matters (although they involved white collar federal prosecutions rather than murders) and, of course, watched every minute of the Simpson murder trial plus a couple of others. So all I had to do was brush up a bit on current California criminal procedure. As for ancient Roman coins, which play a key role in the plot, I collect such coins (in a minor kind of way), and I own all of the books that are referred to in the novel. So that research was done from my own book shelves. I did have to learn a bit more, though, about the particular coin in the book – the EID MAR (Ides of March) denarius of Brutus—the coin Brutus minted to celebrate his assassination of Julius Caesar, complete with double daggers and the Latin words EID Mar (Ides of March) on the back. That research I was able to do on the Internet. Other than that, it was just odds and ends Internet research.

What was the most interesting thing you discovered when you were doing your research?
That counterfeit ancient coins are even more common than I thought. Indeed, I discovered that some forgeries were so good that there are people who collect them.
(Note from Amy: I had no idea people collected forged coins, but I can see why. Many are works of art and show real talent on the part of the forgers. Makes you wonder what they could accomplish if they set their mind to doing real work. :) )

What’s your favorite method for researching?
The Internet, particularly things like Google Scholar.

Do you have a favorite theme or message for your readers?
Hmm. I think I’d like people to take from the novel that circumstantial evidence of guilt doesn’t always mean that the person is guilty.

When do you write/what is your writing day like?
My life, because it involves continuing to be a full-time lawyer, as well as an adjunct law professor, is hard to plan from day to day. So I just write whenever/wherever I get the time. There is no standard “writing day” in my life. Might be nice if there were.

What is the best advice someone has given you about writing? The worst advice?
Best advice was: Finish it and then go back later and polish it. Worst advice: use an outline. 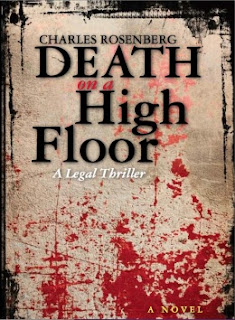 Outlines work well for many people, I know. They just don’t for me. I approach a mystery just by asking myself who died, who did it and why. That provides, instantly, two characters (although the dead one doesn’t have much of a role). From there, it just develops as I write.

How do you develop your characters?
I think they develop organically through interactions with the other characters as I write them, mainly through dialogue. I’m a big believer in “show, don’t tell.” In some ways, I just start with a broad character outline. For example, the main criminal defense lawyer in Death on a High Floor is anti-technology: doesn’t own a computer or a cell phone. Once you have that down, the rest of his personality just flows from that—he’s something of a crank in everything. The ancient coin dealer, Serappo Prodiglia, is quirky, in part because I think that to be a dealer in ancient coins you have to be a bit quirky. Aren’t all antiquarians quirky in some way?

Who are your favorite authors? Have any authors inspired you or influenced your work?
I always have trouble with this question because I’d need to break it down into many categories, and name a favorite for each. In the thriller genre, I’ve always loved Frederick Forsyth, who wrote Day of the Jackal. Currently, in the area of novels that are more “literary,” I’m enamored of Hilary Mantel, who wrote Wolf Hall (the Man Booker Prize winner in 2009), among many other novels. In terms of true influence, though , I’d have to say it would be the non-fiction work by the late John Gardner, The Art of Fiction, Craft for Young Writers. I first read it when it came out in 1984, and it’s still full of good advice and insight.

What makes a great book in your opinion?
Being able to be absorbed in the fiction in so profound a way that you truly forget that the characters never really lived.

If a reader took away one thing from your book(s), what would you like that to be?
A sense of what it’s like, psychologically, to be accused of a crime you didn’t commit.

Do you have any tips for aspiring authors?
Just finish it!

Where do you see yourself as an author in five years?
I have a second novel that’s about 70% done (not a sequel) that I hope to finish in a couple of months. Then I plan a sequel to Death on a High Floor. And then there are some novels beyond that, one of which is a historical novel, and one of which is a sci-fi “space opera.” And I hope to be better known.  But what author does not?

Where do you see the publishing industry going in the next few years and where do you see yourself within this industry?
I’m sad to say (because I still like hard copy books, even though I now read most books on my Kindle) that print books, except for specialty items, are going away. As a result, large brick and mortar book retailers (like retailers of music) are going to be largely gone (Barnes & Noble lost a lot of money this year), and publishers are going to find themselves, like record companies, re-emerging in forms they can’t now quite envisage. There will also be, as with record companies, a lot more consolidation.

Bio
Charles B. (“Chuck”) Rosenberg has been the credited legal script consultant to three prime time television shows: L.A. Law, The Practice and Boston Legal, as well as The Paper Chase (Showtime). During the O .J. Simpson criminal trial, he was one of two on-air legal analysts for E! Entertainment Television’s live coverage of the trial. He also provided commentary for E!’s coverage of the Simpson civil trial. He is also the author of the book The Trial of O.J. Simpson: How to Watch the Trial and Understand What’s Really Going On (Publishing Partners 1994) and is a contributing author to the book Lawyers in Your Living Room! Law on Television (ABA Publishing 2009). He has taught extensively as an adjunct law professor, including at Loyola Law School in Los Angeles, the Loyola Law School International LLM Program in Bologna, Italy, the UCLA School of Law, the Pepperdine School of Law, and the Anderson Graduate School of Management at UCLA. A graduate of the Harvard Law School, where he was an editor of the Harvard Law Review, Chuck currently practices in the Los Angeles area. He has been a partner in several law firms, including a large international firm. Currently, he is a partner in a three-lawyer firm. Chuck and his wife have lived in Los Angeles since the early 1970s. He is at work on a second novel.

Book blurb
Death on a High Floor
Simon Rafer is the roundly hated managing partner of Marbuy Marfan, a glitzy Los Angeles law firm with more than a thousand lawyers scattered across four continents. Robert Tarza, a sixtyish, laid back senior partner who is waltzing toward retirement, has the misfortune to get in early one morning and find Rafer dead in the reception area, an elaborate dagger struck in his back. It’s not good to find the body, and it’s particularly not good if you seem to have a motive, to wit: Rafter had just bought a rare ancient Roman coin from Tarza for a cool half-million dollars, declared it a fake and was demanding his money back. LAPD homicide detective Spritz has his eyes fixed on Tarza from the start, and seems near to building an air tight case against him for Murder One. Jenna James, the kick-ass woman associate whom Tarza has mentored for seven years, wants to defend him. And Tarza likes the idea, because he finds himself falling apart and needs somebody who believes in him. But then again, maybe Jenna herself is the real killer . . .