We continue our series on mystery authors with Wendy Gager, who was gracious enough to agree to appear here and talk about creating a sense of place. I have to say it is gratifying to find another author who shares my view that sometimes a locale or place can be a character in its own right. So thanks, Wendy! 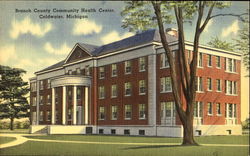 A Sense of Place
Creating a sense of place is important in a book. Many times the place can act like a character. When it comes to setting, I consider myself a minimalist. I’ve always hated reading a book and getting to a long passage of description which I would always skip. I prefer layering in descriptions little bits at a time and letting the reader use their imagination and what they know to create their own image. This same scenario surprised me because it is true for how I create places as well. Let me explain…


When I write, I usually have my own idea of the setting based on places I’ve been or lived. The Mitch Malone Mysteries are set in Grand River which I’ve fictionalized from Grand Rapids, Michigan. I fictionalized it because cities change and grow and I didn’t want to be inaccurate. (In the first book, A 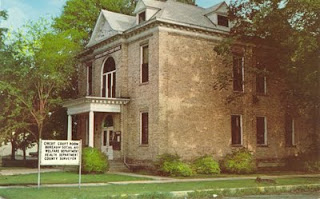 CASE OF INFATUATION, I wanted the police station to be where is used to be and not in its current location.) Grand River has really taken shape as a large urban center filled with crime, interesting characters and stories.

That has worked well so far but IN A CASE OF HOMETOWN BLUES Mitch goes back to the small town where he grew up. I called it Flatville based on the river in my hometown of Greenville, Michigan. To fictionalize them I usually interchange the river with the city and vice versa. That is just my twisted and ironic way of knowing where I am when I write and a bit of playing with words which I enjoy. But enough of that, I’m straying from my point.

In this book, Flatville becomes less like a setting and more like a character as Mitch sees the whole town against him from memories of his youth. In the book I thought I was using the layout of the first town I worked in as a reporter. It had a town square, a colonial courthouse with white pillars, and a pub that I frequently visited. Funny thing is when I went searching for photos of the courthouse, I found a very modern structure. Seems the courthouse I had in my mind doesn’t exist. What I painted was either the hospital in Coldwater or the old courthouse in White Cloud when I first covered trials there. It was torn down in the early 1990s.

As I was writing I thought I channeled my first job setting. Instead it is an amalgamation of several places. It has only been when I went looking for a photo for this blog that I realized how fictional it had become. See if you can help me figure it out.

In A CASE FOR HOMETOWN BLUES my crime sleuth reporter Mitch Malone is going to turn himself in. This is his description as he looks at it from being a wanted man.

“My concern mounted when I could see the courthouse and jail behind the office looming like a monolith. The courthouse oozed Southern charm with three-story, white pillars flanking the front entrance surrounded by lush green grass and flower beds comprising the city’s center square. It was the community’s figurehead, a beacon of welcome as espoused by the Chamber of Commerce unusual for a small community so far north of the Mason-Dixon Line.”

I’ve included photos of the Branch County Community Health Center and the Newaygo County Courthouse. Which was I channeling? It could even be a different building I saw in my imagination. Writing is very freeing and that freedom allows our subconscious to come up with so much more than possible. The same things happen in my books in that the characters take over and things happened that I never imagined making the book much better. Which building do you think I pictured in my brain? I’m not sure. Do you ever think you are describing one thing and it morphs into something completely different?

A Case of Hometown Blues” Synopsis 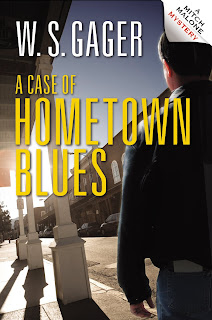 When Pulitzer-winning reporter Mitch Malone's editor presses him for a favor, Malone breaks his vow to never return to his hometown. It seemed simple enough--lead a seminar for Flatville, MI's newspaper, keep a low profile and get back to the city post haste. But memories of his parents' death swarm him, and, to avoid solitude, he stops for a beer. In the crowded bar, Mitch is dismayed to see many of his former classmates--including the still-lovely Homecoming Queen, Trudy. Once the object of his teenage crush, Trudy joins Mitch. He quickly realizes she is upset and inebriated. Always the gentleman, Mitch sees her safely home, and returns to his B&B, still trying to shake memories of his parents' sad demise. The next day, he is stunned to learn Trudy was murdered and he is the prime suspect. The locals treat the murder charge as a slam dunk, and Mitch realizes he must track down the real killer to keep his butt out of jail. As he investigates, facts he thought he knew about his family unravel, and danger ratchets up. Can Mitch discover the truth that will allow his parents to rest in peace, or will he be resting with them?
Author Bio
W.S. Gager has lived in Michigan for most of her life except when she was interviewing race car drivers or professional woman's golfers. She enjoyed the fast-paced life of a newspaper reporter until deciding to settle down and realized babies didn't adapt well to running down story details on deadline. Since then she honed her skills on other forms of writing before deciding to do what she always wanted with her life and that was to write mystery novels. Her main character is Mitch Malone who is an edgy crime-beat reporter always on the hunt for the next Pulitzer and won't let anyone stop him, supposedly.
W.S. Gager
Author of Humorous Whodunits
A Case of Infatuation & A Case of Accidental Intersection-Now Available
A Case of Hometown Blues - Coming this summer!
http://www.wsgager.com/
* * * * *
Thank you, Wendy!
Posted by Amy at 10:53 PM

Thank you so much for inviting me to your blog. I'm still surprised about the courthouse....Wendy