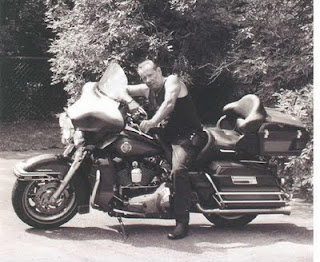 Today we are privileged to have Dennis Collins with us, and I'm flinging some questions at him that he's been patient enough to answer.


An Interview with Dennis Collins
Why did you decide to write?


I’ve always enjoyed making up and telling stories so I consider myself more of a storyteller than a writer. I have lots of stories running around in my head so I began writing them down so that I wouldn’t forget them. I suppose that’s where it all began.

How much research do you do and what’s your favorite method?

It always bothered me to find a mistake in a book and so I decided that my books would always be thoroughly researched. I sometimes probably go farther than I need to but there is just so much information available on the internet, I get carried away. But when it comes to a setting for a story, nothing is better than a personal visit to get the real feel for the location. You might find that the place has magnificent sunsets or hectic traffic or possibly a unique smell. You can’t find that stuff on the internet.

Do you have a favorite theme or message for your readers?

I wouldn’t call it a message but my writing does have a personality. I like my characters to carry a strong sense of right and wrong and to be responsible and accountable. Of course the bad guys have none of these qualities.

When do you write/what is your writing day like?

I’m one of those fortunate few not tied to a day job so I can write whenever the urge hits. Sometimes it takes a little discipline to keep from getting lazy so I set daily writing quotas. Some mornings I wake up feeling inspired and so I begin before breakfast and other times I find myself working around lunchtime. On rare occasions I can be productive in the evenings. As long as I can get somewhere around two thousand words, I consider it a day’s work. Sometimes it’s only a couple of hours and other times it takes all day.

What is the best advice someone has given you about writing?

It’s a message I’ve heard over and over from successful authors, from editors, and just about every keynote speaker at every conference I’ve ever attended. Don’t get discouraged. Don’t let rejection letters bother you. Don’t give up!

All of my books have been inspired by one small thought or some seemingly insignificant event. The idea for my first book came from an obituary in a newspaper. Another book was the result of a discovery I made about my own family. I start with a very small seed and begin to build a story around it. I never use an outline. One of the adventures of writing this way is that I have to keep going in order to see where my story ends up.

Basically I give my characters a personality and then throw them into situations. Their personality controls how they react to conditions and gives them a chance to grow. So I’d say that my characters are developed by the challenges they face.

Who are your favorite authors? Have any authors inspired you or influenced your work?

There have been some authors whose work is so dynamic and captivating that I’ve looked long and hard at their writing to see what made them stand out so dramatically. Hemingway comes to mind as a man who could convey great emotion with very few words. Herman Wouk is a magnificent story teller and Mario Puzo was able to take a cold blooded murderer and turn him into a folk hero. These authors shared the same knack for being able to mesmerize their readers.

Books are a subjective thing. As a reviewer I’ve seen a few books that I didn’t care for draw glowing reviews from other readers. I personally judge a book on whether or not the story appeals to me and ease of reading. I like something that flows well, follows logic, and entertains me.

If a reader took away one thing from your book(s), what would you like that to be?

My main message has always been that good triumphs over evil but life is not always fair. The good guys will win but there will be victims.

Do you have any tips for aspiring authors?

Where do you see yourself as an author in five years?

My current goal is to publish two titles a year so I’m hoping to have a large enough list of books to actually get noticed.

This is the most interesting question of the bunch. I don’t think that anybody knows what lies in the future for the publishing industry. The recent explosion in e-book sales is exciting but I’m sure that there are a few yet to be exposed growing pains lurking in the swamp. The situation is even more unpredictable because the portion of the industry that produced e-readers is in an unprecedented growing spurt as well. We’re not only dealing with a culture change among readers, we’re at the mercy of the electronic geeks who provide the venue. As for me, I’ll probably always be somewhat behind the curve but I’ll keep a close eye on what the leaders are up to and do my best to adjust on the fly, 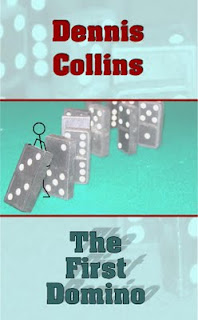 Joe Pellerito thought he could murder his way into the mob. The son of a high powered Mafia lawyer and negotiator, he assumed that he’d be welcomed into the Family. When Joe’s father died of cancer he waited anxiously for the invitation to join the ranks. But the call never came. Feeling shunned, Joe devised a plan to show his dedication and fearlessness. From a list of Detroit cops who have been problems for the syndicate Joe chose three candidates and pulled off a string of three brutal murders in less than two hours on a bright spring morning.


The philosophy of the mob has moved into the new millennium and has all but abandoned confrontations with law enforcement. Joe’s actions threaten to undo the progress that took two decades to build. The problem of Joe Pellerito must be addressed.

With a price on his head, Joe is forced to flee and tries to hide in Italy where he attempts to gain a whole new identity.

The diligence of Detroit Police detectives Otis Springfield and Albert McCoy helps them sniff out Joe’s trail but the mob has its resources as well and soon the race is on to see who can get their hands on Joe first.

All of the books in the McCoy series are attractively priced in Kindle and Nook formats. See more at: http://www.theunrealmccoy.com/ .

* * * * *
Thank you for joining us, Dennis! I was really interested in hearing about the direction you thought the publishing industry might take in the next few years. It's definitely a period of change for all of us, but I firmly believe it will result in more opportunities for everyone and a richer landscape for readers. I'm looking forward to it.