I love mysteries set in ancient Rome and Bruce Macbain's are some of the best. He also writes for Poisoned Pen Press, which I have a special fondness for, since I remember sharing dozens of their mysteries with my father. In fact, I doubt I would write mysteries if it wasn't for those books my dad passed to me whenever I stopped by his house.

So I hope you'll enjoy meeting Bruce and hearing about some of the fascinating research he's done for his mysteries. 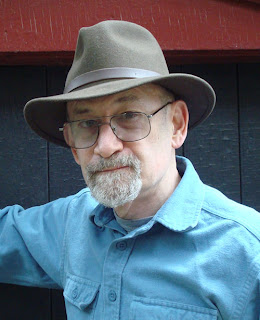 There are some strange and untraveled byways in the ancient world that even professional historians (which I was for many years) rarely tread. Having now turned to writing historical fiction, I am happily exploring some of them.

By way of introduction, I should say that I have written a mystery set in first century AD Rome entitled Roman Games (Poisoned Pen Press, 2010) and am now at work on its sequel, The Bull Slayer. My hero is Pliny the Younger, Roman senator and letter writer extraordinaire, assisted by two other well-known literary figures, the poet Martial and the biographer Suetonius. But it isn’t about them that I want to talk today.

In Roman Games, Pliny’s fourteen-year-old wife, Calpurnia, is having a difficult pregnancy (this much is fact: Pliny mentions her miscarriage in one of his letters). We don’t really know who her physician was but I have put her in the capable hands of Soranus of Ephesus, who was just beginning his career in Rome in the 90’s AD. This young Greek doctor was to become, in the words of his modern translator, “one of the most learned, critical, and lucid authors of antiquity.” Little is known of his life except that he was born in the province of Asia (modern Turkey) and trained in Alexandria. He wrote on many medical subjects but his most influential work was the Gynecology. The following small sample of chapter headings shows the range of this fascinating work:

• What Persons Are Fit to Become Midwives

• Up to What Time Females Should Be Kept Virgins

• What Care Should Be Given Pregnant Women

• What Grows Inside the Uterus of a Pregnant Woman

• Whether One Ought to Make Use of Abortives and Contraceptives, and how

• How to Recognize the Newborn That Is Worth Rearing 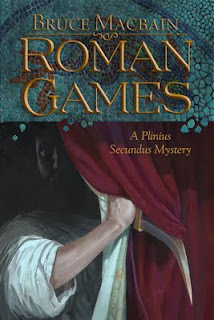 Hysterical suffocation is the condition of the lady Amatia, a guest in Pliny’s house. Soranus, who is attending Calpurnia, witnesses this lady’s sudden attack of convulsions and volunteers to examine her with a bronze speculum that resembles an implement of torture. Emerging from her bed chamber after a few minutes, he announces triumphantly, “…the lady’s womb is precisely where it should be!”) Soranus was, in fact, one of the few ancient physicians who questioned the common belief that female hysteria was caused by the womb (Greek hysteron) becoming detached and “scampering around like a kitten chasing a ball.” Treatments for the condition generally involved applying evil-smelling substances to the nose or sweet-smelling ones to the nether regions in order to lure the madcap organ back to its proper place. And, despite Soranus’ considerable authority, this continued to be the prevailing theory for centuries among (male) doctors whose imaginations got the better of their common sense.

For anyone interested in the history of medicine, or of women, his book makes interesting reading. (There is a translation with good introduction and notes by Prof. Oswei Temkin [Johns Hopkins University Press] available on Amazon.)

If Greco-Roman medicine has its amusing side, so too does religion. In The Bull Slayer, I introduce a character who is based on one of the most brazen—and successful—religious charlatans to be found in any age: Alexander of Abonoteichus. This man’s astonishing career is described for us by Lucian of Samosata, a Greek writer of the 2nd century AD, who knew him personally.

From obscure beginnings in the ignorant backwater of Paphlagonia, Alexander invented and propagated an oracular cult which took all of Roman Asia by storm and gained enthusiastic adherents even in the highest levels of the aristocracy. As Lucian tells it, Alexander was a “handsome man with a touch of divinity about him….his eyes were piercing and suggested inspiration…his voice sweet and sonorous.” He wore his hair in long curls, dressed in dazzling white, and carried a scimitar in honor of the hero Perseus from whom he claimed descent. But he had a “temperament compounded of falsehood, trickery, perjury and cunning.” Versatile, audacious and adventurous, he “never made a small plan.” When confronted by skeptics, he would foam at the mouth and feign divine madness.

His shtik was elaborate and impressive. He worked with an immense tame serpent (the totem animal of Asklepios), which he wound around his body, concealing its head under his arm. What the audience saw was a fake head made of painted canvas, serpent-like but vaguely human, whose jaws were moved by pulling invisible horse hairs. Through a speaking tube made by joining cranes’ windpipes together, a hidden confederate would voice the oracular responses to people’s questions.

And how did Alexander know what answers to give? The gullible (which included nearly everyone) wrote down their questions on tablets and sealed them with wax. Behind the scenes his many accomplices—he had a huge organization of attendants, inquiry agents, oracle writers, secretaries, seal forgers, and interpreters—removed the seals, read and then resealed them. Run-of-the-mill questions, often relating to health, got standardized responses. But other questions revealed that the writers were up to illegal activities. In these cases he didn’t return the packet with an answer but held on to it and used it to blackmail the sender. Between the drachma he charged for each answer (people often submitted dozens of questions at a time) and the blackmail, Alexander got to be a very rich, and a very dangerous, man. Lucian, who was a thorough-going skeptic, did his best to expose him, tricking him in various ways with phony questions, but nothing availed against his popularity.

Lucian, by the way, is an interesting figure in his own right. We know little of his personal life but he wrote amusingly and insightfully on a wide range of topics. His “True History” recounting a trip to the moon, is the world’s earliest science fiction story. His “Dialogues of the Gods” pokes gentle fun at the traditional myths. And his essay, “On the Death of Peregrinus,” is the biography of still another religious charlatan—a wandering philosopher who, for a time, became a Christian. Peregrinus learned their “lore”, assumed the role of prophet and lawgiver in one of their synagogues, and was revered as a god, “next after that other, to be sure, whom they still worship, the man who was crucified in Palestine because he introduced this new cult into the world…” Eventually, the Christians caught on to him and tossed him out. He ended his life in 161 AD by publicly burning himself to death at the Olympic Games. (These and other essays of Lucian can be found in several available translations.)

As I began by saying, it’s the less-known, out-of-the-way corners of the ancient world that interest me the most. I hope I’ve shone a light into a couple of them and enticed you to explore them for yourself.

Sometimes I think we haven't come too far from Soranus's theories--with a couple of exceptions. And Alexander is certainly fascinating. I'd like to read your book with the charactr based on him. I'll have to look for it. Very interesting post, Bruce.