We have another Wild Rose Press author, Maya Blake, joining us to talk about Holiday Traditions. I hope you'll welcome her!


Hi, I’m Maya Blake, I’m a thirty-something romance writer whose life-long dream of writing finally came to true last year when my debut novel was published by The Wild Rose Press. I’m the fourth of five siblings and I live in Kent, England with my husband and two (sometimes, lol) adorable kids.

Christmas at home tends to be like most, I expect. There’s the excitement of Christmas morning when the kids dance around the presents with eager anticipation of opening them after lunch. Then there's getting the bird ready for the oven, the madness of lunch, the opening of presents...then of course, the semi-comatose vegging on the sofa afterwards.

That’s when the TV/DVD comes on. Anyone who watches TV in England knows without fail there’s a James Bond movie played on one channel or the other on Christmas Day. I especially LOVE the pre-digital ones featuring Roger Moore or Sean Connery because of the humour angle (my mother-in-law’s post mull 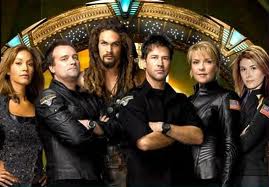 ed wine cackle when she hears the name Pussy Galore has become a Christmas tradition).
After James Bond comes another firm family favourite – anything featuring the Stargate series. Yes, we’re unashamed die-hard sci-fi fans and really there’s nothing better to eat mince pies with than an episode or two of Stargate SG-1 or Stargate Atlantis!


And then to top it all off, we watch Last Of The Summer Wine. This happens to be the longest running comedy series in the world which unfortunately came to an end this year. The antics of Compo, Norman and Nora Batty never fails to bring hilarity! I’d love to hear what your family favourite movie or book is.

A Little Bit About Maya's book, Hostage to Love...
Crushed by betrayal, Belle Winkworth-Jones flees the shambles of her short-lived marriage, only to be kidnapped by a vicious rebel soldier determined to keep her for himself. Nick Andreakos mounts a ruthless rescue to save the wife who walked away from him, even though he's resentful Belle could dismiss their marriage so easily.


On Althea, their private Greek island where Belle recuperates, passion ignites, taking hold with relentless force. But in the shadows, danger lurks. The rebel soldier is determined to recapture Belle. 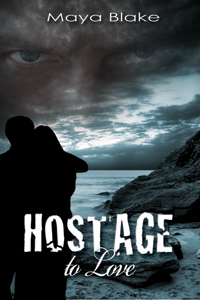 Can Belle and Nick set aside their differences in time to fight this threat and save their love, or will it be too late…?

Excerpt from Hostage to Love

Belle jerked awake as a loud blast ripped through the cave, her eyes unprepared for the blinding, strobe flashes of light that lit up the dark cavern a second later. Squinting, she saw the flashes continue intermittently for several seconds, then stop. She lurched from her position propped up against the wall and wondered for a moment if she was still dreaming.


The screams from a few feet away told her she wasn’t.


She’d stayed awake long after the rebel leader retired behind his curtain, unable to sleep for fear he might vent his anger on Father Tom.


She’d also contemplated what she would do after nature ran its course. She’d bought them three days, four at the most. What would happen after that? Could she willingly to let the loathsome man touch her for the sake of keeping one or all of them alive? And what guarantee did she have that he wouldn’t harm Father Tom?


The idea that perhaps they could overpower two of the soldiers, steal their weapons and make a run for it, she immediately discarded as foolish, and dangerous. She’d slumped, dejected, against the wall of the cave. That’s when she must’ve fallen asleep.


Dizzy and momentarily blinded by the flashes, she jumped as Edda screamed again. What was happening? Had the rebel leader decided they weren’t worth keeping and blasted the cave, burying them alive? Curiously though, the walls of the cave remained intact. She blinked a few times to dispel the blindness. Nothing happened.


A staccato burst of muffled gunfire sounded close by. But the gunfire was inside the cave, not outside. Which meant the rebels were still inside. Something brushed against her and she bit back a scream.


‘It’s all right lass, it’s me,’ Father Tom whispered close to her. ‘I told yer we’d be rescued today.’


Rescued! Why hadn’t she thought of that? Her spirits soared. Then plummeted.


Who would rescue them? Only Liz knew where she was, and she knew her friend wouldn’t give up her whereabouts lightly. Besides, she wasn’t due to make her weekly phone call to her best friend until Monday, so she wouldn’t guess Belle might be in trouble until after she failed to make the call. As for Father Tom, having lived and run the mission in Nawaka for the last seventeen years, he wouldn’t be missed back in his native Scotland. The same went for Edda and Hendrik, who’d been travelling around Africa for the past two years. As for the Nawakan government, it had enough on its plate with its fight to prevent the gold and diamond mines from being looted to mount rescue operations of kidnapped foreigners.


So rescue was not an option.


The only other conclusion she could reach was that another rebel faction had caught wind of Captain Mwana’s bounty and intended to claim them. It wasn’t unheard of for one rebel group to seize another’s hostages if they could profit from it. Sometimes rebels within the same group rose up against each other. Was that what was happening here? Had Mwana’s subordinates staged a coup against him?


If so, they had to take advantage of the gunfight.


‘Father, I don’t think we’re being rescued, but I still think we should make a run for it. This may be our only chance.’ God, she prayed she was right.


He gave a nervous chuckle. ‘I’m with you, lass, but unfortunately, these old eyes cannot see a thing at the moment. I think I’m blind.’


She stopped herself from telling him she suffered the same ailment, although she could just about make out shadowy images in her periphery. ‘It’s all right Father. Just hold onto my hand and I’ll guide you. Keep your head down. Hendrik, Edda, are you okay?’


She took a deep breath and edged forward, her hand clamped around Father Tom’s. They’d travelled only a few feet when a bullet slapped the cave wall beside her. Small rocks struck her cheek and she cried out. Fear strangling her, she crouched down, eyes shut, beside Father Tom.


‘We have to keep moving,’ Hendrik urged from behind her.


She opened her eyes and thankfully, most of her vision had been restored. But what little she saw stilled her heart. Since whoever was attacking the rebels was doing so from outside the cave whilst the guerrillas defended themselves from inside, there’d be no way to escape without being caught in the crossfire.


Another bullet whizzed past her and struck a lantern on the far side of the cave, igniting it. A huge plume of acrid smoke bellowed up towards the craggy ceiling of the cave.


Their situation had just worsened a hundred-fold.


She knew they only had a matter of minutes to live. Because if the bullets didn’t get them, the smoke and fire would. There was enough bedding, ammunition and lamps to set the place ablaze in seconds.


Just then the gunfire ceased.


‘Come on,’ she whispered desperately to Father Tom. She grabbed his arm and pulled him towards the entrance of the cave, trying not to let the sight of the bloodied bodies disturb her. She focused on the discarded guns instead. If they could arm themselves, they’d increase their chances considerably.


But as she reached for the nearest rifle, she heard the crunch of feet approaching.


Another burst of gunfire. Then silence.


Through the smoky light she saw a figure, tall and male, enter the cave, followed by two more. In silence, the men advanced towards them. Belle’s throat closed up, fear completely seizing her. She turned to Father Tom. Her hand gripped his and she tried to shield him with her body.


Someone crouched behind her. She squeezed her eyes shut.

Maya Blake said...
This comment has been removed by the author.
8:41 AM

Hi Amy, thanks for hosting me today. It's great to be here! :)

I'm glad to hear you say that. I had some technical difficulties and I apologize.

But you have a fantastic excerpt there that has made me run out to buy your book!

Sean Connery was the BEST 007! And I loved the movie Stargate, but had a hard time staying interested in the movie. Richard Dean Anderson was an excellent replacement choice for Kurt Russel but...it just wasn't the same....

Oh, thanks so much, Amy, that's lovely and kind of you :)

Lilly, I adore Sean Connery! And I do get what you mean about the Stargate Movie, but the sci-fi nut in me loves it anyway :)

Thanks so much for stoping by!

Maya, I'm an oddball. My favorite Sean Connery movie isn't a 007 flick. It isn't even The Rock (even though that's an awesome movie.) My favorite is Medicine Man. Sean rocked that ponytail. lol!