Step One of The Dream 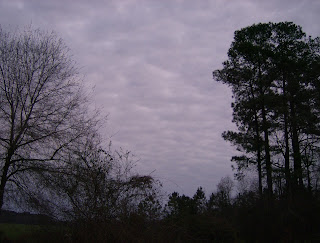 As of Jan 1, 2013, I'm a full-time writer, and it's only taken almost 36 years to reach this point. To celebrate, I got up before dawn to take a photo of this grand occasion, and here it is.

Well, okay, that was actually later in the morning, after I realized that the rain wasn't going to stop and my real picture of what should have been dawn looked more like the one here (which is, incidentally, of dawn on 1/1/2013).

It's rained for the last three days, every morning, so I still don't have my beautiful sunrise on the first morning of the rest of my life, but whatever. 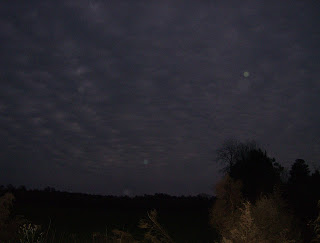 Did I mention that I also had the flu and had to go to the emergency room around midnight? That was fun. Dehydrated from being unable to keep anything down and feverish, my husband carted me off to the ER. They tested me and pronounced the dreaded flu (despite the fact I had a flu shot) and they decided to replenish the fluids via IV. That was fun, too. I kept feeling them swabbing my arm and when I finally glanced over to see what they were doing, well, it looked like the Texas Chainsaw Massacre in 3-D. Blood spurting everywhere. But they finally got the IV in and after a few injections of drugs and a bag of fluid, I was ready to go home.

That's the point at which the nurse said to the lady handing me a fistful of prescriptions, "Can you get the other nurse? I can't get the IV out."

Really? You can't get the IV out? Really?

Another episode of Texas Chainsaw Massacre. A few glorious waterfalls of blood later, I was discharged into my husband's care. 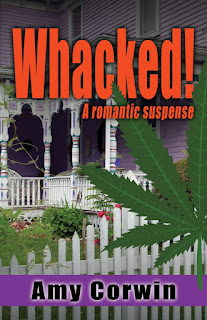 All hoopla aside, my contemporary mystery, Whacked!, was also released by Five Star as a hardcover. I'm so glad to see it available now. I have every hope I can pull my next mystery into shape and send it on to Five Star for another stab at the big time!

Congrats on the new release Amy.

Congrats Amy! Wow--you did it! Forget how the flu makes you feel and focus on how exciting the sense of accomplishment has made you feel thus far! I know now...you are all better ;-)