Be Grateful for What You Have

We are so lucky and grateful to all of our friends, family, and acquaintances — Have a happy and healthy holiday season!
While grateful, we still face challenges and many of you are facing far greater ones than ours, especially in the north east. However, lest we forget how difficult it is, we were visited with a little goblin late last night. He messed around with our power, giving us power to some rooms and not others and shutting off our water pump. So we rose today to find the house temperature at about 45 degrees Fahrenheit and no water.
Strangely enough, we do have power to the “computer room” so I can work. Sigh. I can’t shower, finish up the rest of the dishes in the sink, or go to the bathroom because there is no water, but I can work. It’s like a punishment for something I’ve done in a past life or something. But we have an electrician coming and we believe we will have to replace the electrical box. Joy, joy. Just in time for the holidays. 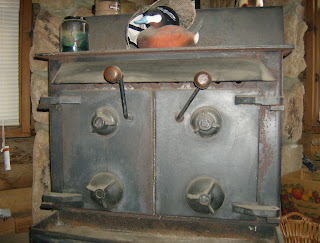 But we still have a lot to be grateful for – we have alternate means to heat the house and cook— and a pond full of water so I can actually flush the toilets by dragging buckets up from the pond. We have two huge wood burning stove that will literally run you out of the house with heat so we’re not in as bad of shape as some other folks. It may look a little old and rough, but it does the job.
It’s just inconvenient enough to make us remember folks who really do have it rough and have had it rough for a lot longer than the few days we may have to suffer through this.
So…our hearts are with you and we hope everyone is enjoying a healthy and happy holiday season.
Of course, I can’t leave you without mentioning that if you’re looking for an inexpensive treat for yourself or another book lover, here are a few items that might make the holidays a little more joyous and a bit less stressful.

Christmas Spirit, a Gothic Regency Romance
Stranded by a blizzard, Eve and her mother seek shelter at a nearby manor, little knowing a murderer has struck once and lies in wait for the next victim. 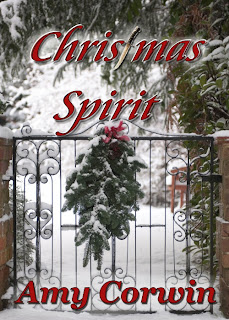 A blizzard envelopes the English countryside five days before Christmas, stranding Eve Tomlin and her mother when their carriage shatters a wheel. The women struggle through the snow, forced onward by a wraith-like figure gliding through the trees. Exhausted, they find an apparently abandoned house and stumble inside. They are confronted by Giles Danby, a guest at Folkestone Manor. Danby ruthlessly tells the women they must go.
Their host has just been murdered. A killer is on the loose.
Or a vengeful specter, if they believe Danby’s father. A specter Eve may have glimpsed in the woods.
Desperate to solve the mystery and remain alive, they can only hope the Christmas Spirit isn’t searching for another victim.
Christmas Spirit is a witty, engaging gothic-style Regency mystery that is sure to please regardless of season!

The Vital Principle
An inquiry agent is asked to expose a spiritualist as a fraud only to uncover a murder.
In 1815, an inquiry agent, Mr. Knighton Gaunt, is asked by Lord Crowley to attend a séance with the express purpose of revealing the spiritualist as a fraud. When the séance ends abruptly, Lord Crowley is poisoned during the turmoil by an unseen killer.
Gaunt is now left to investigate not only fraud, but murder. Suspicion turns first to the spiritualist, Miss Prudence Barnard, but as Gaunt digs deeper into the twisted history of the guests at Rosecrest, he discovers more deadly secrets. Inevitably, long-time friends turn against one another as the tension mounts, and Gaunt is challenged to separate fact from fiction before another death at Rosecrest.
The Vital Principle is the first mystery in the Second Sons Inquiry Agency series and features coolly intellectual Mr. Knighton Gaunt, the agency’s founder. This witty, historical whodunit in the tradition of Bruce Alexander’s Blind Justice, will keep you guessing until the unexpected end.
“Murder, mystery, and a dash of romance combined with witty dialogue and unforgettable characters makeThe Vital Principle a book that will definitely go on my keeper shelf!” —Lilly Gayle, author of Into the Darkness.

A Rose Before Dying
A Second Sons Inquiry Agency historical mystery.
Only Sir Edward had the motive, the opportunity, and a garden full of the identical roses sent to each victim before their death.
The first victim was Sir Edward’s ex-mistress, a woman who threw him over for a younger man. After receiving a mysterious rose, she dies while alone with Sir Edward. Then a second rose is delivered and a deadly game commences, where roses are the only clues to save the next victim.
However, Charles Vance, Earl of Castlemoor, refuses to believe his uncle, Sir Edward, could commit the murders, even when the renowned head of the Second Sons Inquiry Agency warns him there may be some truth behind the rumors. "The roses are Sir Edward’s attempt to cast suspicion elsewhere." "Misdirection." Or so the whispers say.
Convinced he can prove his uncle’s innocence, Vance enlists the aide of notable rosarian, Ariadne Wellfleet, little realizing his actions will involve the Wellfleet household in the killer’s game.
Before the week is out, another rose is delivered.
And someone else is missing.
A Rose Before Dying is a witty, fast-paced historical whodunit in the tradition of Bruce Alexander’s Blind Justice and Victoria Holt’s The Mistress of Mellyn. This addition to the Second Sons mystery series includes an unwilling detective who refuses to let his earldom stand in the way of catching an elusive killer. It will keep you guessing until the unexpected end. 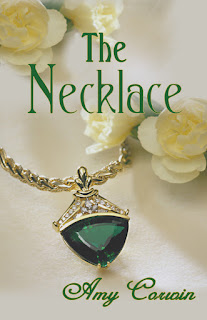 The Necklace
A scoundrel tries to steal a vowel (an IOU) only to find his heart stolen instead.
When Oriana's uncle brings home a wounded associate, Mr. Chilton Dacy, to nurse, she can't help but wonder what sort of scoundrel he might be. Her uncle has a long and sad history of befriending miscreants of the worst sort. Then she finds a lost necklace and her worries only increase. The necklace bears a curse promising a hideous death to anyone who possesses it, and it seems as if it might come true when she's blamed for the murder of a virtual stranger.
Can Chilton prove her innocence, or is Oriana destined for a personal relationship with the hangman's noose?

I Bid One American
An American heiress nobody wants; a Duke every woman is after, and a murder no one expects.
When Nathaniel, Duke of Peckham, meets Charlotte, he’s suspicious of her indifference.  Too many women have sought—and failed—to catch him.  However, Charlotte is more interested in dead pharaohs than English dukes.
Unfortunately, a debutante seeking to entrap Nathaniel gets murdered, and his reputation as a misogynist makes him a suspect. On impulse, Charlotte comes to his aide, unaware that her actions may place her in danger, too.
Both are unaware that a highwayman interested in rich heiresses is following Charlotte, and that another debutante lies dead in Nathaniel’s carriage.
Some nights just don’t go as planned.

The Bricklayer’s Helper
A masquerade turns deadly when a murderer discovers one of his victims survived...
After her family perishes in a suspicious fire, Sarah hides her identity by working as a bricklayer's helper. But her disguise can't keep her safe when someone discovers she survived the flames. Alone and terrified, Sarah pins all her hopes on William Trenchard, an inquiry agent with Second Sons. William, however, seems far too handsome for Sarah's peace of mind and she soon fears that involving him may be her final~and fatal~mistake.
The pair are in for a wild ride as they try to solve a decade-old mystery of murder and deceit in Regency England.
Appearances can truly be deceiving. 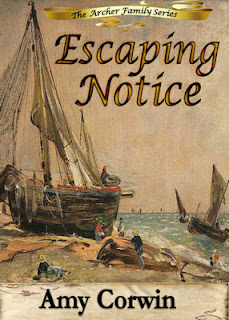 Discarded by his betrothed with a parting sally that “being an earl does not excuse being a bore,” Hugh Castle, the Earl of Monnow, joins his brother on a relaxing cruise, hoping to forget. But a storm capsizes their boat, and despite Hugh’s desperate efforts, he can’t save his brother’s life. Then he finds evidence amongst the wreckage of sabotage and realizes he was never meant to return to dock. Someone intending to murder the earl killed his younger brother, instead. Angered beyond endurance, Hugh travels to London to enlist the aid of the Second Sons Inquiry Agency in finding his brother’s murderer.
Helen Archer attended the Earl of Monnow’s ball in expectation of celebrating his betrothal, but the event seems destined for disaster. She arrives late, the earl makes no announcement, and Helen manages to lose the fabled Peckham necklace her sister reluctantly loaned to her. Unwilling to admit her carelessness to her sister, Helen rashly decides to return to the earl’s estate and retrieve it in secret.
When his aunt threatens to send him to his cruel uncle, the Earl of Monnow, Edward Leigh-Brown decides he’s had enough. He’s going to join the navy and follow in Lord Nelson’s footsteps to become a military hero. But finding his way to London is a lot harder for a young boy than it seems, and he’s soon lost. When he bumps into Miss Helen Archer at an inn, he’s more than happy to accept a ride in her carriage, even if she seems determined to escort him to an inquiry agency to hire someone to locate the family he doesn’t want located.
When the three meet in London at Second Sons, Helen impulsively decide to accompany Hugh to the earl’s home, disguised as servants, to pursue their secret goals. Hugh hopes to uncover a killer, Helen hopes to find her necklace, and Edward just hopes he can find the opportunity to escape again.
But they are soon engulfed in an adventure none of them anticipated, and Hugh must hurry to identify who wants him dead before their deception ends in the death of another innocent.

That’s the current line-up!
Hope you find something to make your holidays bright!