Everyone needs a few days off--and it's sad to see so many people forgoing time off in order to get just a few more things done at work. So, for mental health reasons ;) my husband and I took last weekend off and went up to Sea Level, near Beaufort, NC.

I'm so glad we went. 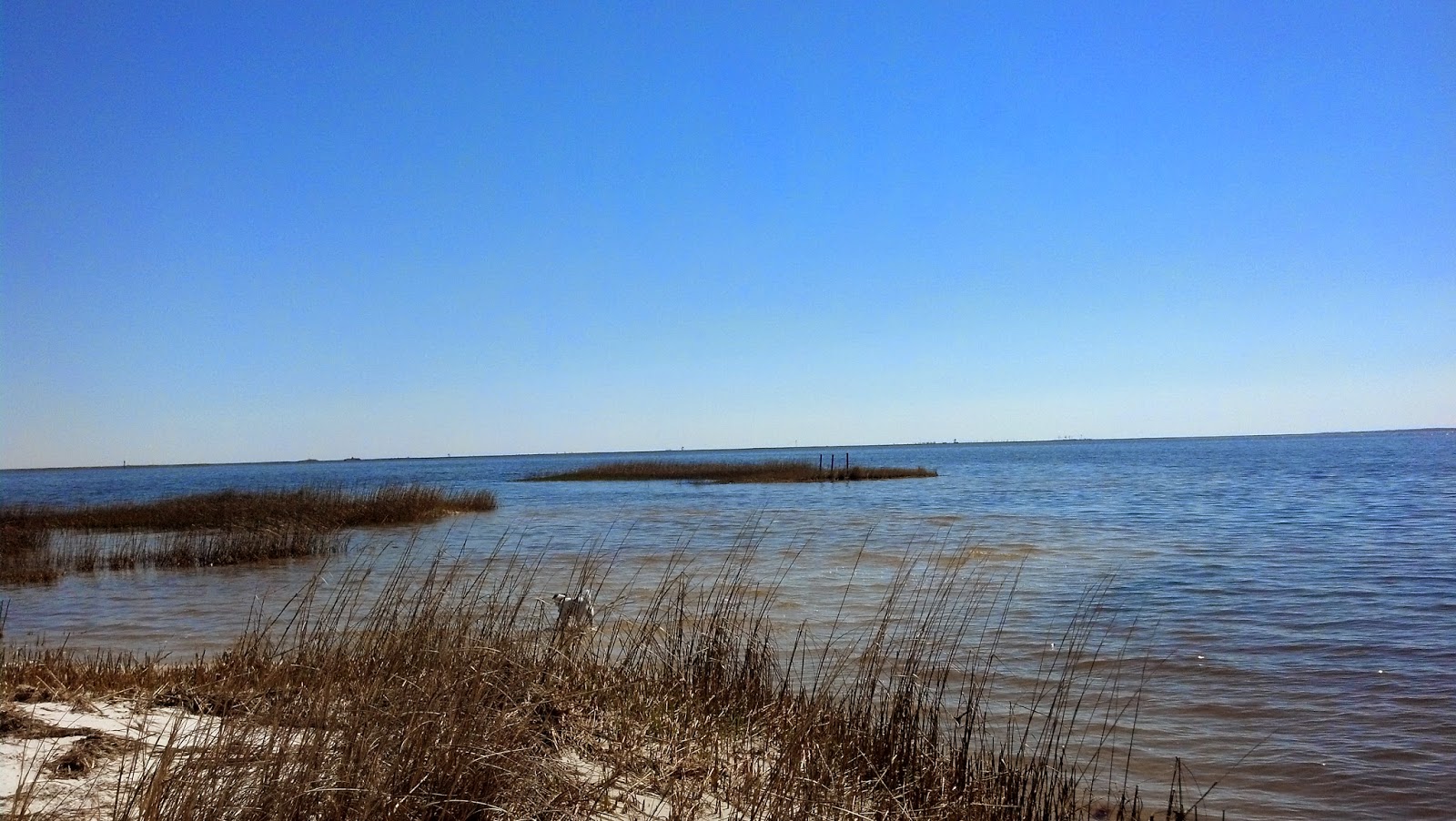 We packed up all the dogs and drove to the coast. The weather was just about perfect: nicely cool and sunny. (Cool is important to me these days as I'm plagued by hot flashes which are a lot worse than they sound. Ha, ha. I know you're laughing, but believe me, they are no joke and I totally dread the summer.)

The first thing we did was to get the martin house up. I cleaned it two weeks ago, so it was all ready, but I needed my husband's muscles to get it in place. We were so pleased when the very next day, two males and a female started buzzing the house. The day after that, we saw over a dozen birds checking out our house and our neighbor's. Last year we had almost full occupancy and this year, I'm hoping the offspring come back, along with their parents, to fill all the holes.

We just love our Purple Martins--they are so cheerful and the house is visible from our bedroom. One of my favorite things is to wake up to the chirping of Purple Martins swooping through the yard, scooping up mosquitoes. They are our prime mosquito control mechanism. 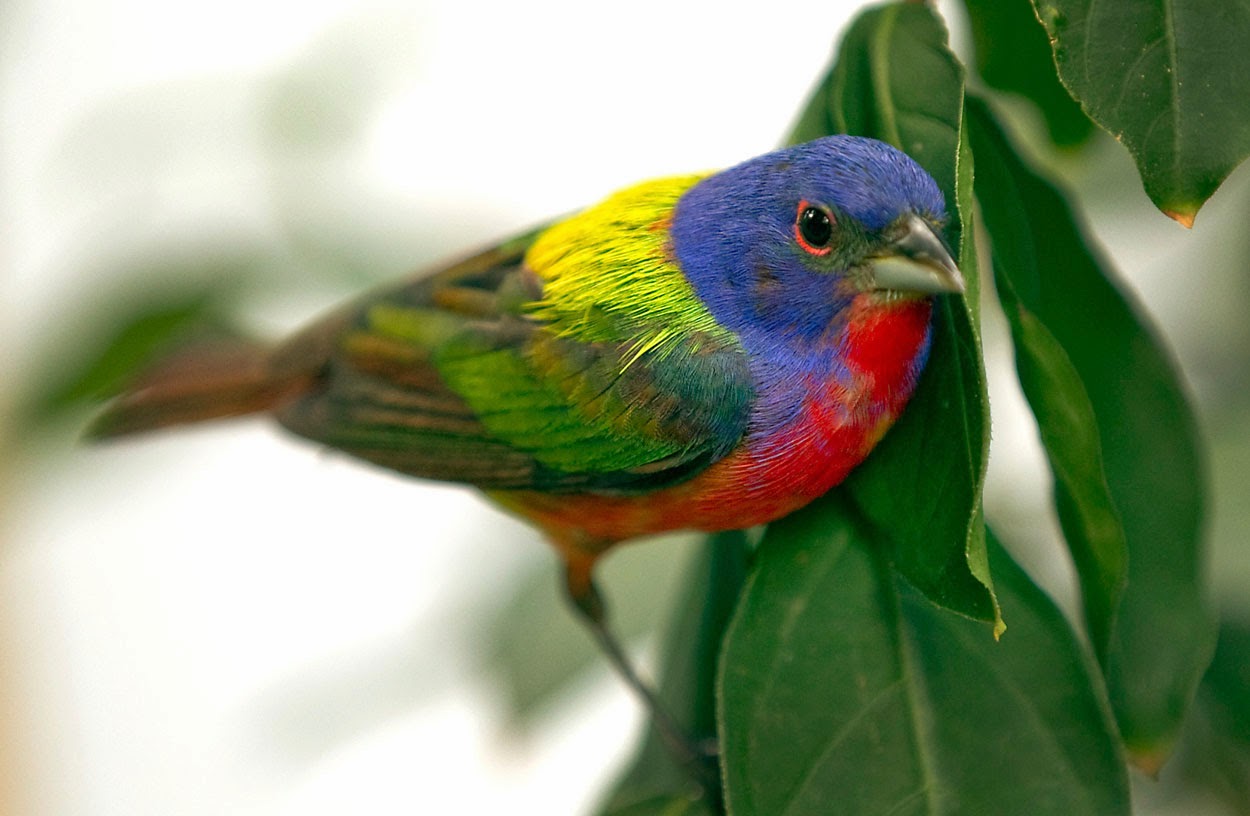 at their feeders! That is a little far north, but I know they are in Wilmington so maybe they are working their way up the coast. I put up a feeder because that's one bird I somehow have never managed to see. I'm really hoping that this summer, I can see some interesting guests at the feeder. The picture at the right is a Painted Bunting, and the photo was taken by Ralph Barrera. Isn't it a beautiful bird? It is so colorful that it almost looks fake.

Wish me luck in my quest to see my first Painted Bunting. 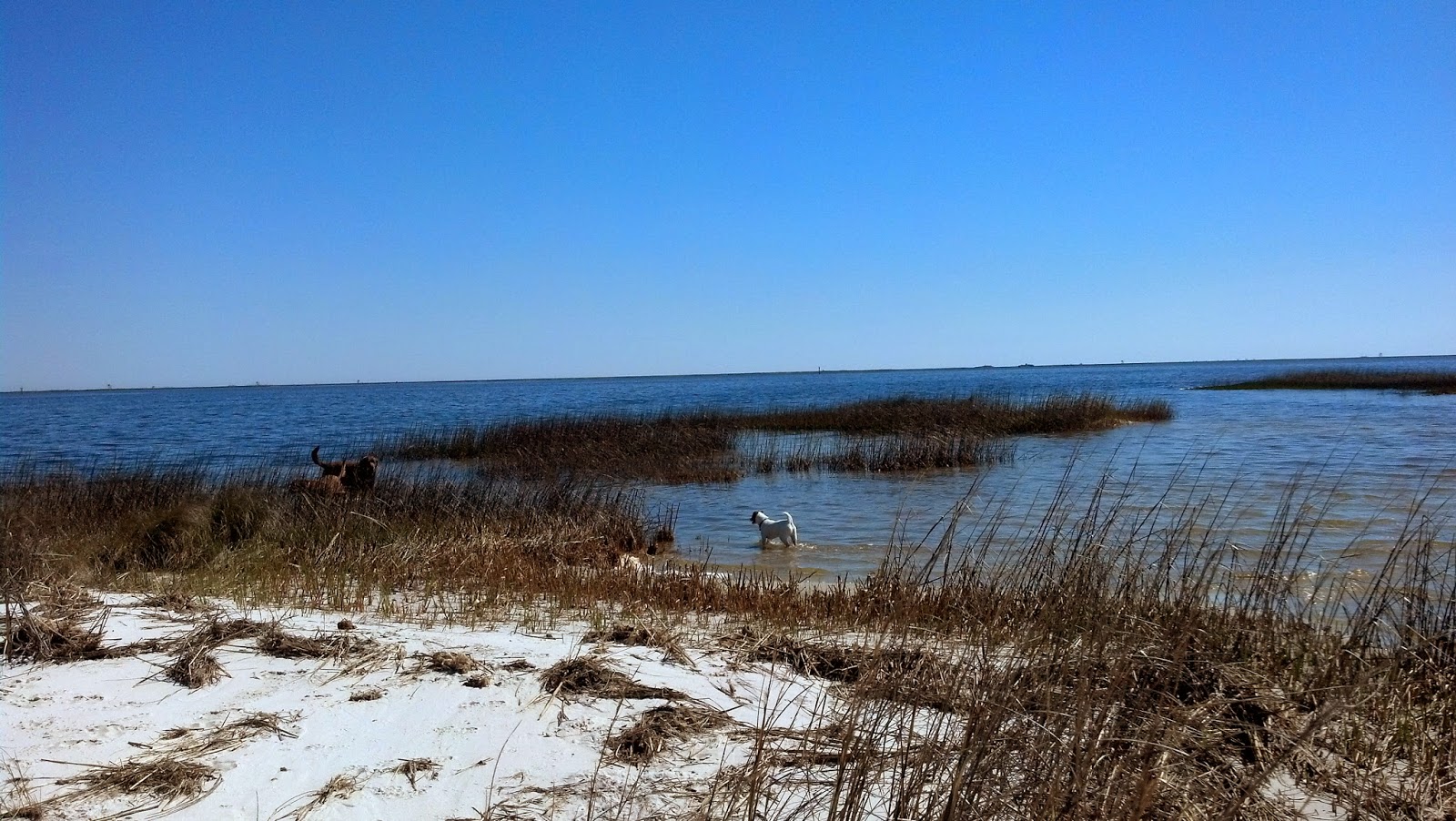 And, as I mentioned, we took our dogs and the little beasts begged for us to go on a boat ride, so we took a swing through Salter's Creek into Core Sound. The dogs had an absolute blast and so did we. It was a perfect day to be out on the water.

I was surprised when even our Jack Russell Terrier, Daisy, took to the water with our lab and chessie, just like she was born to it. And she had a blast riding at the bow of the boat with Molly, our Chesapeake Bay Retriever. The two dogs are inseparable. Daisy is constantly following Molly around, trying to emulate her. The "big dog," Rowdy, our lab, just kind of does his own thing, but we were glad to see him enjoying himself, as well. He's getting older and has hip problems, but when it comes to boats and wading out in the ocean, he thinks he's still a pup. 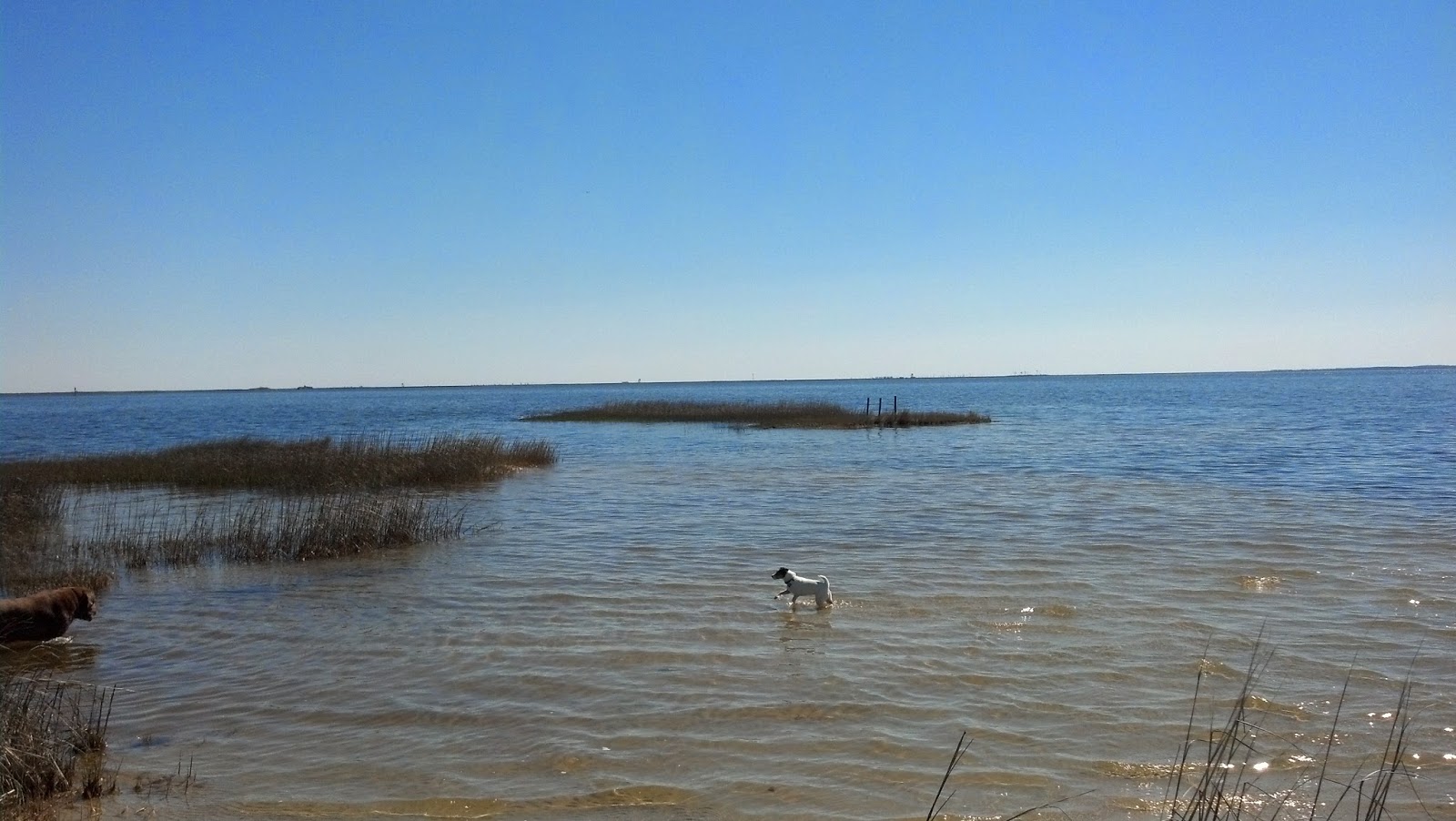 Going back to birds, while we were out boating, we saw several long strings of diving ducks. My husband and I counted over 700. Some of the ducks we saw included scoters and scaup. I also saw a number of grebes, mergansers, and herons along the shoreline, as well as the osprey that normally nests on one of the channel markers in Nelson Bay (Daisy and I kayaked there last summer to watch the osprey and I hope we can do the same this year.)

The loons are unfortunately gone. 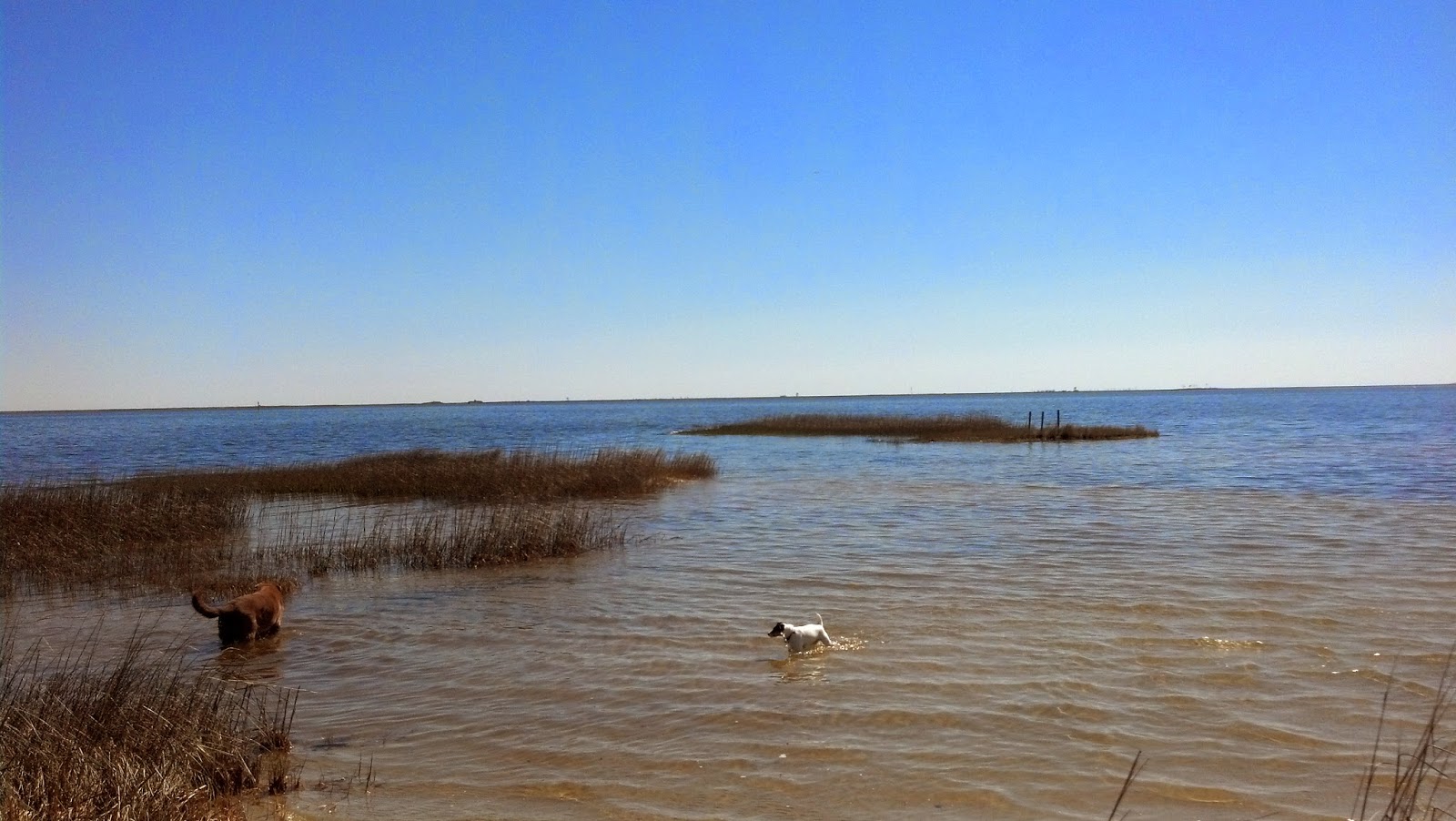 Now that we are home again, I'm getting my feeders prepped for the hummingbirds as they are sure to show up soon. Our Fed Ex and UPS delivery folks have been asking us about the "hummers" as we normally have literally swarms of them during the summer. Some years there are so many of them that you take your life in your own hands just to come up on the porch where the feeders are. They are not afraid of anyone or anything and will swoop at you to keep you away from the feeders if you annoy them too much.

So--if you've been putting off taking a few days off--stop it. Take a couple of days to relax and get back in touch with the natural world around you. You won't regret it.