We're lucky to have Violetta Rand with us today to share a bit about her latest book, "Blind Mercy". Enjoy! 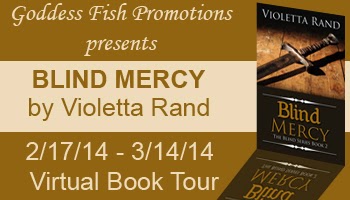 A woman who prayed for a hero…

Orphaned at a young age, Rachelle Fiennes prayed for a hero to rescue her from her tragic life in England. When her only kinsman goes missing after the Battle of Stamford Bridge, Rachelle braves the aftermath of the battlefield to find him.

A man who lost everything… 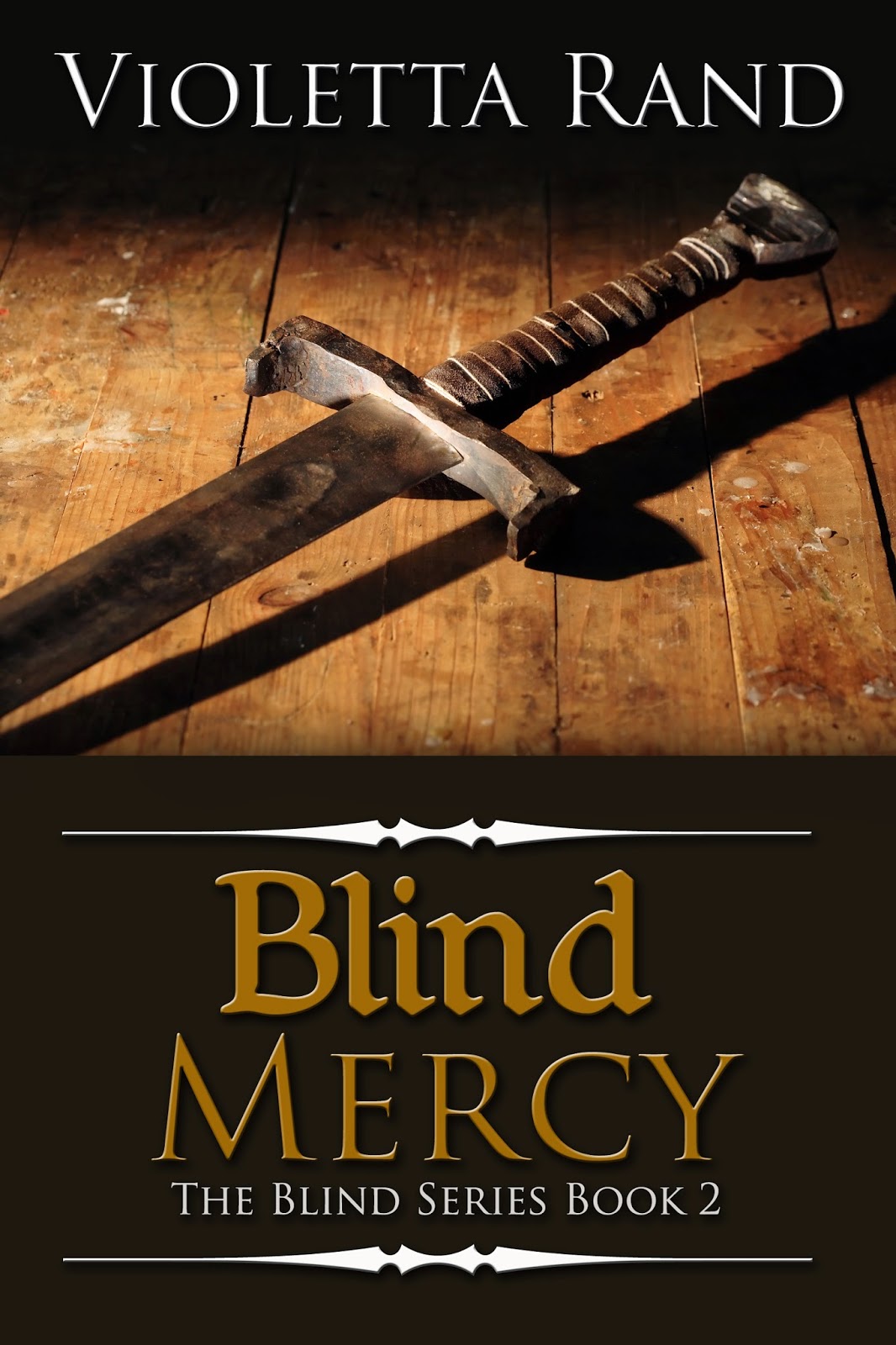 Damned by the gods for surviving the bloodiest defeat in Norse history, Jarl Tyr Sigurdsson is still determined to get home. Hiding until nightfall so he can escape to his ship, his dangerous endeavor is disrupted when he’s accidently discovered by a beautiful Saxon.

Brought together by war, Rachelle and Tyr face many obstacles. Can sworn enemies find peace through love, or will fate be cruel?

~~~~~~~~~~~~~
Excerpt
Cursed witch. Things were much easier in Norway. Without giving it another thought, Tyr lowered his weapon, then grabbed a fistful of his captive’s hair. He’d give in to her dimwitted request to pacify her, but not without satisfying his own need for revenge. “Horse. Food,” he demanded.

“I’d rather die than betray my country—” the criminal started.

In response, Tyr thumped his head. He sank down, shaking and whining.

Sick with rage, Tyr stared at Rachelle. “This situation is ripe for trouble.” His only concern should be for his own survival.

She addressed her countryman. “If you refuse him, he’ll cut your heart out.”

For a noblewoman, she had a way with words. Tyr nearly laughed out loud at the absurdity of what came out of her mouth. He’d learned something important about her though. Either she’d experienced more violence than any woman should or she was as frigid as an ice shelf. Regardless, her warning changed the Saxon’s mind.

The man pointed at his camp. “There are horses and food over there.”

With a twist of an earlobe, Tyr forced him to his feet. Tyr harbored a special hatred for rapists. If he couldn’t disembowel the bastard, he’d find another way to make him suffer. It didn’t take long. A grin spread across Tyr’s face as he framed the man’s punishment in his mind. Tyr would tie a noose around his neck, loop the rope over a high branch, and make him sit astride a horse with his hands tied behind his back. If the drukkin moved, he’d hang himself. 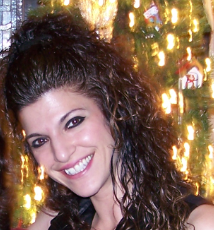 Violetta has been "in love" with writing since childhood. Struck with an entrepreneurial spirit at a young age, at five, she wrote short stories illustrated by her best friend and sold them in her neighborhood. The only thing she loves more than writing is her wonderful relationship with her husband, Jeff. She enjoys outdoor activities, reading whatever she can get her hands on, music, and losing herself in the ancient worlds she enjoys bringing to life in the pages of her stories.

Thanks for hosting Amy.

You are very welcome and I hope folks really enjoy reading about Blind Mercy. I love the premise!

Happy Wednesday! As I read more about this book and the series, it makes me wonder...how extensive was your plotting for the series. And for you, what is (or was) the most difficult part of the series: planning/plotting, research or writing it?

You're full of wonderful questions today, Karen. :) I'm anything but a plotter. I write whatever pops into my head which may or may not be good. I'm still learning. As for the most difficult part, I think editing is the hardest part. I write three of four chapters, then go back and edit. Repeat. By the time I write The End, my manuscript is pretty polished. Thanks for stopping by today.

Fascinating and tense excerpt My kind of hero.

Hello Vita and Mom Jane, thanks for stopping by.

Glad to see so many of you stopping by to enjoy the post about Blind Mercy!

Loving the excerpts along the tour!