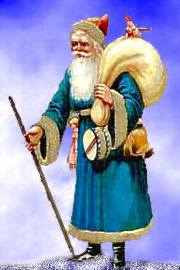 I got up this morning thinking about what to blog about and realized it is almost time to review my goals from 2007 and begin creating new goals for 2008. I was in a pretty good mood, too. My editor for my new book, I Bid One American, gave me my first edits and they were extremely light (whew). And I managed to get those done, as well as finding a few more errors, this week so I could send it all back to her. I am really excited about this book and can't wait to get a publication date.

So I was really riding high. And I decided to go back to editing the traditional Regency I've been working on since November.

Of course, that was all before I did a google search of my desktop to find my 2007 goals and see how well I did this last year. And wow. Bummer. I had forgotten that I spent the better part of 2007 racking up a bunch more rejections. Publishing is such a strange business. Even published authors get rejected and get rejections from their current editors/publishers.

Here's irony for you:

The books were too long for the line that published my first book. So I tried to cut them down and learned a very important lesson: some stories can't be cut down without losing their charm and integrity. Of course I didn't learn that until I butchered several of them and sent them to my editor. Who despised them—thereby proving to her that I'm a one-book wonder.

So there went my first four goals, right down the…well, you know where they went. And it was four goals since I actually had four manuscripts which were rejected. I wasted the better part of 2007 trying to cut back manuscripts that were already lean and deserved better treatment. Very sad.

But all was not lost. I took a step back and thought, well, what if I went to a different publisher with different length requirements? I could go back to an earlier version that had not been butchered and try that.

I did and I sold I Bid One American to The Wild Rose Press.

And I wrote a couple of short stories just for fun. I'm trying to sell Malice through Amazon's Connect program (if I didn't just jinx it by mentioning it) and still ruminating over where to sell My First Case. I also wrote a contemporary mystery called: Whacked!

I didn't do everything I wanted to do, but I did do some things I am proud of and I can't wait to see I Bid One American in print.

As 2007 roars to a close, it's time to reflect on our accomplishments and select new goals for the coming year. There are always new opportunities and even when we did not accomplish what we expected, we did manage to survive and learn a few things.

I sincerely hope each and every one of you can find at least one thing in 2007 that you can be proud of and has one more thing left to be done so you can start 2008 with anticipation and energy.
Have a wonderful holiday season and a bright new year!
Posted by Amy at 4:36 PM